Your Time In Service Shouldn’t Be Your Glory Years

So, you’ve finally left the military. You’ve completed your service honorably, be that four years or 20. You’ve sacrificed plenty,... 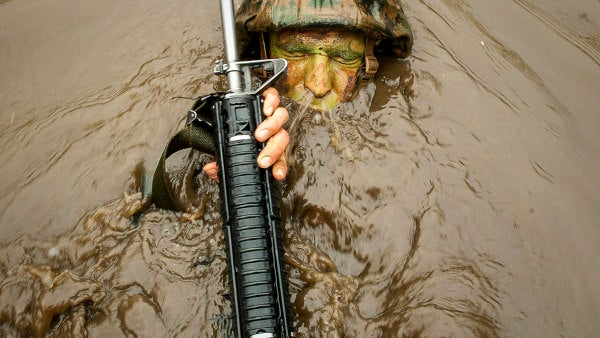 So, you’ve finally left the military. You’ve completed your service honorably, be that four years or 20. You’ve sacrificed plenty, and watched others do the same or more. You’ve been there, done that, and gotten more t-shirts than can fit in your closet.

That doesn’t mean you have to wear those t-shirts every day.

The memories those t-shirts recall aren’t the best days of your life. Or at least they don’t have to be.

Too many vets are trapped in a military version of the old Bruce Springsteen song “Glory Days.” Like the song’s pitcher and pretty girl, too many veterans are stuck reminiscing over beers, talking about the old times, and exchanging boring stories.

The point isn’t that those memories aren’t important, aren’t precious, but that life going forward is far more important than life looking back.

Too many veterans, in person and in social media, state that the best years of their lives were the ones they spent in the service. While a touching sentiment, veterans who say this are selling themselves short.

Those days spent in the service aren’t, or at shouldn’t be, the high point of your life. The rest of your life is. Current life expectancy in the United States is 78.8 years. Spending 50 of them looking backward is wasting those years. Even if those years in the service do end up being the best years of your life, lingering on them excessively is just taking the luster off one’s golden years.

I recently spent a very long couple of hours near an older man on an airplane. Not World War II, Korean War, or Vietnam War old, just an older man, yet he wore a Marine Corps satin jacket, USMC baseball cap, and a cane carved with Marine Corps symbols from handle to tip. All due to four years in the Corps in the early 1980s.

Luckily for me, there was a young devil dog straight out of boot camp next to him to absorb his stories about the old days. This man had 30 years of life since the Marine Corps to talk about. He could’ve bent that young Marine’s ear about how the Marine Corps taught him to make the most of the rest of his life, likely with a second career, a wife, kids, and probably grandkids. Yet he couldn’t get past tales of the “Old Corps.”

Don’t be an Uncle Rico from Napoleon Dynamite, living in a van and bragging about the glory days of yesteryear. Even if the military was the formative experience of your life, it was only forming you and preparing you for bigger things.

The military wasn’t the culminating point of your life. If it was, then you need to take a long, hard look at what you’re doing. If those four years, or 20 years, were the best of your life, then fix the rest of your life. You have far more to give to the world than your time in uniform.

Raise your kids. Do your new job well. Go help the homeless. Do whatever. Save your reminiscing about your time in uniform for when you see your old crew.

Ronald Reagan famously said, “Some people spend an entire lifetime wondering if they made a difference in the world. But, the Marines don't have that problem.” That’s definitely true, not just for Marines, but for all veterans who served honorably.

You made a difference in uniform. Just don’t let that be the only difference you make.