Why Clinton’s Emails Shouldn’t Be Compared To Petraeus’ Case

The recent revelation from FBI Director James Comey that the FBI would not be recommending an indictment over Hillary Clinton’s... 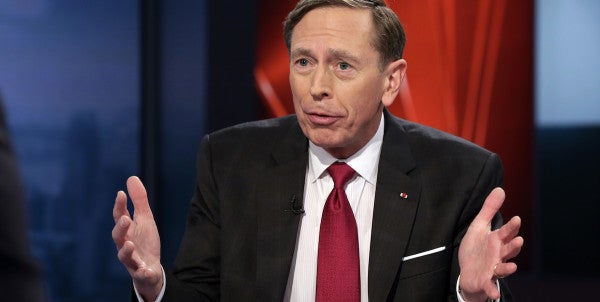 The recent revelation from FBI Director James Comey that the FBI would not be recommending an indictment over Hillary Clinton’s use of her private email server while she served as secretary of State has incited anger and outrage from Americans and the veteran community. The common talking point emanating from many circles is that the Gen. David Petraeus case was far less egregious than Clinton’s; this couldn’t be further from the truth.

As Comey indicated before the House Oversight Committee on Thursday, the Petraeus case represented the perfect kind of case that the Department of Justice would prosecute. Petraeus shared journals detailing highly classified information regarding operations in Afghanistan to Paula Broadwell, who at the time was co-authoring the four-star general’s biography, “All In: The Education of General David Petraeus.” A subsequent 2012 investigation by the FBI discovered that Petraeus had an affair with Broadwell. The journal provided to Broadwell included names of covert operatives and intelligence capabilities. Furthermore, Petraeus hid the classified documents in his attic and lied to prosecutors.

During Comey’s grilling on Capitol Hill he stated, “so you have obstruction of justice, you have intentional misconduct and a vast quantity of information. He admitted he knew that was the wrong thing to do. That is a perfect illustration of the kind of cases that get prosecuted.”

Related: David Petraeus And The Glaring Problem With His Plea Deal »

Clinton’s case surrounds classified emails discovered in her private email server while she served as secretary of State, and roughly 2,000 of the 30,490 emails contained classified information, very few of which were marked classified — some were classified after the fact.

The law here, however, surrounds intent or malicious intent to distribute classified information. As Comey stated, “All the cases prosecuted involved some combination of clearly intentional and willful mishandling of classified information; or vast quantities of information exposed in such a way as to support an inference of intentional misconduct; or indications of disloyalty to the United States; or efforts to obstruct justice. We do not see those things here.”

The only statute Clinton could have been charged under is an obscure law passed by Congress in 1917, criminalizing gross negligence in the handling of classified information. However, this law has only been used once in 99 years; as the constitutionality of the law is questionable, requiring prosecutors not necessarily prove that someone intended to do something illegal.

The one case being referred to involves espionage, stemming from a 2003 investigation into former counter intelligence agent James Smith who was having an affair with one of his assets. The gross negligence charge was eventually dropped during a plea bargain, setting a very high bar for prosecutors wishing to indict under the gross negligence statute.

Simply put, carelessness is not a crime here, but certainly something voters can debate when heading to the polls this November. Partisan rancor has clouded much of the discussion regarding Clinton’s use of a private email account during her tenure as secretary of State, an issue that is neither precedent setting nor worthy of jailing the presumptive nominee of a major political party. The biggest victim of this mess is government transparency.