David Petraeus And The Glaring Problem With His Plea Deal

Many have offered their opinions on the recent guilty plea by David H. Petraeus to misdemeanor charges of mishandling classified... 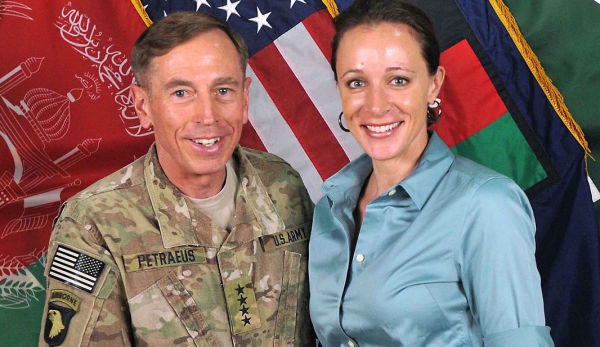 Many have offered their opinions on the recent guilty plea by David H. Petraeus to misdemeanor charges of mishandling classified materials. While Petraeus avoided charges of making materially false statements to federal investigators, the factual basis for his plea makes it clear that he made false statements to FBI special agents. It is particularly troubling how many are willing to dismiss his actions and advocate on his behalf. One of the most egregious examples, in my view, is the article by Max Boot for Commentary magazine.

Boot’s first line of defense is that these leaks are commonplace in Washington and often go unpunished, as though there is some exception from classification rules for senior military officers. He writes, “Few senior officials are ever prosecuted for mishandling classified information, even though such breaches are commonplace … There is little logic to the way that secrecy laws are enforced. Almost anyone in a position of authority can be prosecuted if prosecutors are so inclined.” The relevant law makes no exception for senior officials mishandling classified information.

Then in the most disingenuous portion of his article, Boot states that Petraeus “was also accused of lying to FBI agents” and that when questioned about passing classified information to his biographer, Boot brushes it off by writing, “it’s quite possible he simply forgot about this very mundane matter.”

At the time of Boot’s article, which was published on Mar. 4, Petraeus had already admitted in his factual basis that he had lied to the FBI and that the facts in his factual basis are “true and correct.” It is clearly not the case that Petraeus “simply forgot” about passing classified information to his biographer. Petraeus has, in signing the factual basis document, admitted that the lies he told the FBI special agents “were in all respects knowing and deliberate, and were not committed by mistake, accident, or other innocent reason.”

Boot is not alone in his defense of Petraeus. Professor Rosa Brooks, writing for Foreign Policy, defended the general on the basis that the U.S. classification system is “confusing, arbitrary, and ridiculously cumbersome.” While she makes some valid points about the overclassification of information and provides valuable suggestions for overhauling the classification system, conspicuously absent from her defense is any mention of Petraeus intentionally lying to the FBI. Until the recommendations by Brooks are implemented, the law is clear that anyone retaining documents containing classified information shall be fined or imprisoned, or both. It is important that the Department of Justice enforce this law in an evenhanded manner, without granting preferential treatment to senior officials.

There are exceptions to the multitude of apologists. Benjamin Wittes does take Petraeus to task and characterizes his lying to the FBI as “a huge aggravating factor.” I fully agree with Wittes, but would take that point further. The gravamen of Petraeus’ misconduct is the fact that he lied to the FBI, a serious matter. Take the example of Martha Stewart, who was sentenced to five months in prison for lying to federal investigators.

In support of his plea agreement, Petraeus signed a factual basis for his pleas, affirming the facts contained therein “are true and correct.” He details the contents of his eight “black books,” which contained “Top Secret//SCI and code word information.” He also affirmed in writing that during his interview with the FBI that, “I understand that providing false statements to the Federal Bureau of Investigation is a violation of law.”

In the factual basis document, the details of Petraeus’ misconduct during these interviews with FBI special agents is described,

Petraeus passed classified information to his biographer, and mistress, Paula Broadwell so she could complete his biography, “All In: The Education of General David Petraeus.” When questioned about his actions, Petraeus knowingly lied to FBI special agents to protect himself. This demonstrates his naked ambition and his willingness to lie to advance his personal agenda.

An almost-unbelievable insight into his lack of self-awareness, and belief of his own immunity from the law, came a mere three days before Petraeus was questioned by FBI special agents about providing classified information to his biographer. On Oct. 23, 2012, then the director of the CIA, Petraeus issued a message to all CIA employees concerning the recent prosecution of John Kiriakou, wherein he stated, “Oaths do matter, and there are indeed consequences for those who believe they are above the laws that protect our fellow officers and enable American intelligence agencies to operate with the requisite degree of secrecy.” He clearly believed he was above the law.

While Petraeus has contributed greatly to the defense of the United States, his actions do not render him above the law. The responsibility for this lenient punishment does not lie only with Petraeus, the Department of Justice must also be held to task for failing to holding him accountable for all of his criminal conduct, specifically his lying to FBI special agents. The very lenient punishment he received only reinforces the perception of a two-tier system of justice where senior officials are given preferential treatment for their violations of the law.