Is The Performance Of Marine Corps Officers On The Decline?

A study by Matthew Cancian and Michael Klein of the Fletcher School at Tufts University shows that the Marine Corps... 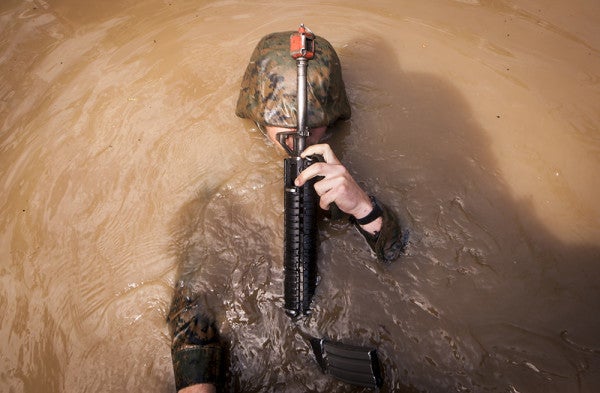 A study by Matthew Cancian and Michael Klein of the Fletcher School at Tufts University shows that the Marine Corps may be seeing a decline in the performance of its commissioned officers. The study, which was published in July, shows that new Marine officers who took an IQ test did substantially worse — scoring 10 percent less — than new officers who took the test 35 years ago. The test, called a general classification test, dates back to World War II and is considered to be a good gauge of an officer's military potential, so low scores are understandably alarming.

The research also points to a possible brain drain within the service, where officers from more prestigious schools or with better academic performance are leaving military service at a quicker pace than their peers.