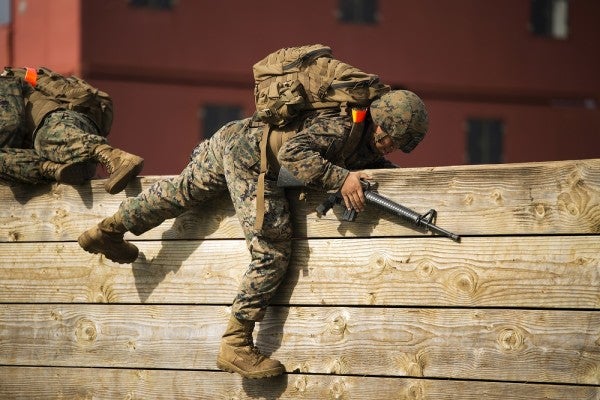 Starting Sept. 30, the Marine Corps will implement a number of gender-neutral standards for 29 military occupational specialties, reports Marine Corps Times. Marines hoping to enter the infantry, artillery, combat engineering, tanks, and amphibious assault vehicles, ground ordnance, and some close-air support fields will be required to accomplish the toughest tasks related to their jobs.

Some of the new standards apply to all 29 jobs, such as performing a casualty evacuation or carrying a Mk 19 grenade launcher. Others are job specific, like scaling a wall or pulling a casualty from a tank. Though many schoolhouses already train Marines on these tasks, this will mark the first time these tests are used as a graduation requirement.

“If you're [5 feet, 6 inches tall] and 120 pounds, you have virtually no chance of doing this job, whatsoever,” said Capt. Mark Lenzi, the commanding officer of the weapons company during the study.