The Office of Naval Research has spent the last three years trying to enhance service members’ instincts to help them... 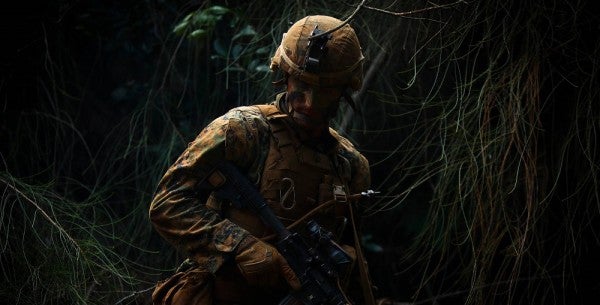 The Office of Naval Research has spent the last three years trying to enhance service members’ instincts to help them root out danger when operating in dangerous situations, an effort that has culminated in a fascinating training manual that's almost reads like a guide to clairvoyance downrange, according to The Daily Beast.

The 23-page field manual breaks down training, mental exercises, and methods for enhancing sailor and Marines’ natural instincts. The aim? To train service members on picking up “environmental cues, interpreting their meaning and then connecting them in a plausible story,” according to the manual obtained by The Daily Beast through a Freedom of Information Act request.

While it sounds far-fetched, the Navy thought it was worth spending three years and $4 million to look into it, and really, you can’t blame them. Afterall, who doesn’t like the idea of a point-man who can anticipate danger by reading the scene, responding to nonverbal cues, and generally, just being one bent spoon short of an M4-rocking psychic?

The ONR research focuses on enhancing the inherent intuition that troops already possess: good observation, critical thinking, and honing your instincts so warfighters can react swiftly and reflexively to even the most minor signal of danger. The manual divides sensemaking into two skill trees: “perspective-taking,” which is the ability to empathize, and “characterizing,” which involves using your imagination.

Here’s how it works: A Marine “practicing sensemaking would, through empathy, intuit the relationships and dynamics in the community and environment in which he's operating,” according to The Daily Beast. “Having gathered this raw information, he then imagines stories that, in theory, anticipate threats and opportunities.”

Though it’s certainly easy to sensationalize this research — ‘psychic soldiers’ has a certain, “straight to the tabloid news stand” ring to it — conflating “sensemaking” or intuition with extra-sensory perception isn’t quite accurate.

“I was worried about how this could be viewed in a sensational way with ‘spidey-sense’ or something that sounds like ESP or something paranormal,” Gary Klein, a research consultant whose work on sensemaking inspired the Navy to pursue the study, told The Daily Beast.”That’s not what the military’s interested in. They’re interested in developing expertise and the core part of expertise is tests, knowledge and the ability to make sense of situations.”

This sort of research isn’t particularly new, and it’s certainly not the first time the military has investigated topics or themes that border on the paranormal. In her book “Phenomena: The Secret History of the U.S. Government’s Investigations Into Extrasensory Perception and Psychokinesis,” investigative journalist Annie Jacobsen, chronicled the military’s 40-plus years of psychic research, from Department of Defense studies on ESP to CIA research into “remote viewing” the ability to observe a person or place without actually being there.

Due to the scientific stigma surrounding ESP, (and really anything that has to do with the supernatural), the language the Pentagon uses to describe these programs has changed in recent years, with terms like ESP swapped out for precognition, then spidey sense, and now, sensemaking.

However, Jacobsen argued in a previous interview, that the underlying goal of the research remains the same.

“In essence you have this idea, which really became the core and theme of ‘Phenomena’ which is: Is it fact, or is it fantasy?” Jacobsen told Task & Purpose in June. “Or, will advanced technology, this remarkable system of systems of technology the government has developed — which includes computer technology, biotechnology, and nanotechnology — will this rubric of advanced technology allow us to solve this age old mystery: Whether or not extrasensory perception exists biologically?”

Given the Navy’s research into intuition, maybe now’s finally a good time to say “I’ve got a bad feeling about this one,” downrange.