Did The US Army Invent The McRib?

A new theory about the origin of the McDonald's pork sandwich, the McRib, attributes it to the U.S. Army’s food... 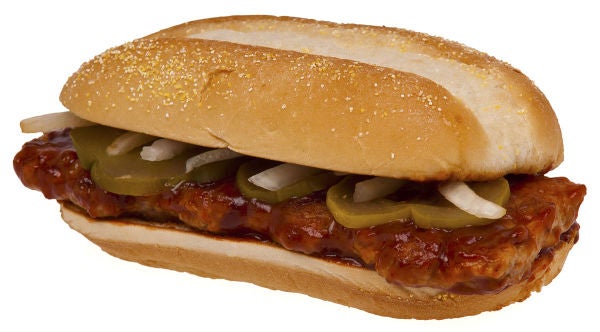 A new theory about the origin of the McDonald's pork sandwich, the McRib, attributes it to the U.S. Army’s food lab in Natick, Massachusetts. Vox reports how in her book “Combat-Ready Kitchen: How the U.S. Military Shapes the Way You Eat,” Anastacia Marx de Salcedo explains the Army’s role in creating the McRib.

“What the Army develops is the backbone,” said Salcedo. “The private companies make it more palatable for the consumer.”