Petraeus Calls For Greater Military Action In Iraq And Syria

Speaking before the Senate Armed Services Committee on Sept. 22, former director of the CIA and retired four-star general, David... 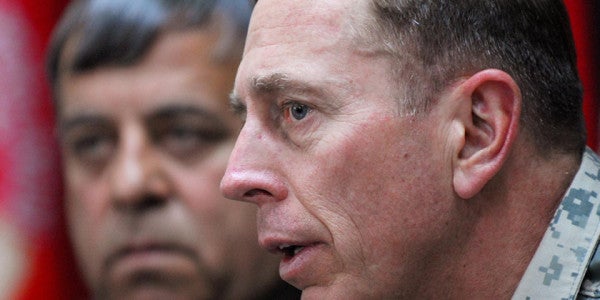 Speaking before the Senate Armed Services Committee on Sept. 22, former director of the CIA and retired four-star general, David Petraeus, warned of the dangers and risks to regional and national security posed by instability in Syria and Iraq.

“Like a nuclear disaster, the fallout from the meltdown of Syria threatens to be with us for decades, and the longer it is permitted to continue, the more severe the damage will be,” said Petraeus during his first congressional appearance since pleading guilty to leaking classified secrets to his mistress.

“International peace and security do not require the United States to solve every crisis, to intervene in every conflict,” said Petraeus, whose testimony encouraged greater action against the Islamic State as well as the Syrian President Bashar al Assad’s regime. “But if America is ineffective or absent in the face of egregious violations of the most basic principles of the international order that we have championed, our commitment to that basic order is inevitably questioned, and further challenges to it are invited.”