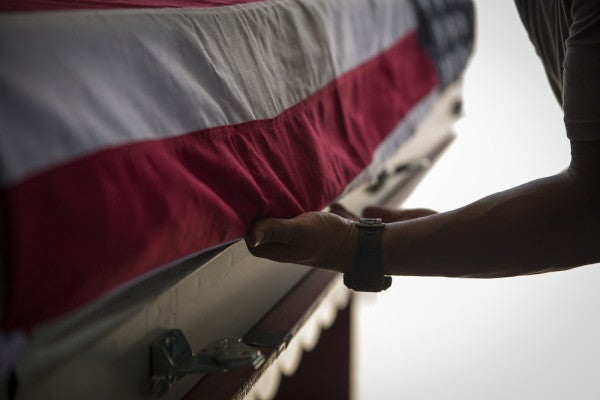 Six students from University of Detroit Jesuit High School and Academy recently volunteered to carry the caskets at the funerals of homeless veterans. Initially, the students had planned to serve as pallbearers for homeless people in the area, but then narrowed their focus to unclaimed veterans.

The high school began the service two years ago when director of service Todd Wilson took a group of students to St. Ignatius High School in Cleveland, which has a similar program.

Funeral director Kevin Desmond was surprised that more than 50 students signed up to help, saying, “It tells a lot about their character, how they care for other people without those there for them.”