More than 75 members of the Republican national security community banded together to pen an open letter to Donald Trump,... 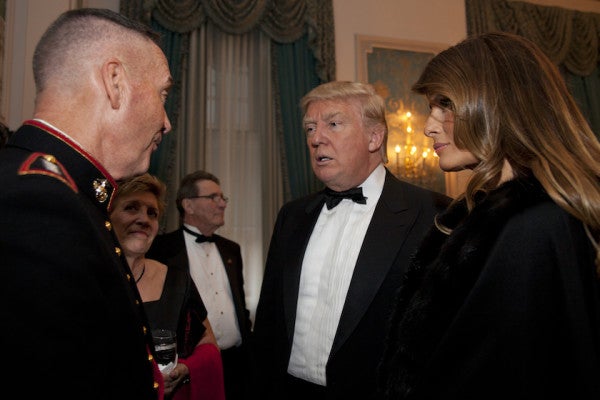 More than 75 members of the Republican national security community banded together to pen an open letter to Donald Trump, the Republican frontrunner in the 2016 presidential race.

Published Mar. 3, on the popular defense site War on the Rocks, the letter states that while the GOP national security community is not in agreement about all policy issues, in this they are united: a Trump presidency is dangerous.

“Mr. Trump’s own statements lead us to conclude that as president, he would use the authority of his office to act in ways that make America less safe, and which would diminish our standing in the world,” it reads.

Coordinated by Dr. Eliot A. Cohen, former Counselor of the Department of State, and Bryan McGrath, managing director of the FerryBridge Group, a defense consultancy, the letter addresses a number of looming concerns about Trump’s inconsistency on security policy.

The letter calls Trump dishonest, hateful, and inexperienced with foreign policy. Those who signed the letter concluded that they, as members of the Republican party and the national security community, will commit themselves to preventing a Trump presidency, and encourage others to do so as well.