Events of the past several weeks indicate that the U.S.-led campaign against the Islamic State is at a turning point:... 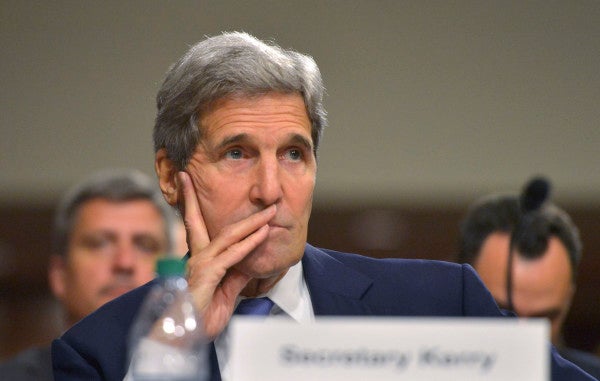 Events of the past several weeks indicate that the U.S.-led campaign against the Islamic State is at a turning point: The world is weighing potential responses to the terrorist acts in Paris, reportedly up to 50 special operators will deploy to assist Kurdish forces, and Secretary of State John Kerry visited Vienna to start a concerted effort toward a political resolution to the Syrian civil war. The Obama administration’s current airpower campaign and limited security assistance to Syrian rebels has come under criticism, with many asking what more should the United States do about ISIS in Syria? Before making any further decisions, and especially before sending ground forces into Syria, three conditions must be met and held.

First, the international community must develop a viable plan for a strategic peace settlement that does ultimately removes Bashar al Assad from power. Second, that a robust international coalition, be it under NATO or United Nations auspices, hold the ultimate responsibility for enforcing the arrangement. Third, that any deployment of troops expected to see combat be authorized by an act of Congress. If and only if all three of these conditions are met should additional U.S. forces be sent to Syria with a limited mission to speed conflict to its long-awaited end.

Without a track toward a viable political settlement, no amount of U.S. blood or gold will be able to move the needle on a lasting peace. To believe otherwise is a supreme act of hubris. Current-day Iraq, and perhaps Afghanistan if Kunduz foreshadows the future, are but two examples of military efforts ultimately decoupled from enduring governance strategies. Even Russian citizens and veterans recognize the utmost importance of a viable political solution as they recall the thousands of lives lost in Afghanistan, the Soviet equivalent of the Vietnam War. While Syria is not Vietnam and analogies comparing the two are at best the refuge of the intellectually lazy, the Clausewitzian lesson of the last several U.S. wars is relevant: War is politics and vice versa. To ignore one while fighting the other is planning to fail.

Furthermore, a political solution brought by an international coalition go hand in hand. If there are any lessons to be learned from post-World War II conflicts, we could do worse than to listen the remorseful statements of the late Robert McNamara: “We are not omniscient. If we cannot persuade other nations with similar interests and similar values of the merits of the proposed use of that power, we should not proceed unilaterally except in the unlikely requirement to defend directly the continental U.S., Alaska and Hawaii.”

A political resolution is unlikely to be reached unless a broad coalition, likely including temporary allies, is willing to diplomatically, economically, and militarily (in that order) force the hand of Assad and Assad’s supporters. Slate’s Middle East “friendship” chart outlining the complex relations within the region point “this way to quagmire” if like-minded actors cannot be cajoled to pull in the same direction.

The final condition that must be met is an authorization on the use of military force in Syria. The Constitution states that Congress is the body with power to declare war. Yet, an authorization has yet to pass the full legislature and the Senate has resisted recent calls by senators Tim Kaine and Jeff Flake to debate the issue. An authorization should be a prerequisite for further U.S. ground force involvement in Syria since escalation will likely lead to combat. And Congress, not just the executive, should be responsible for such combat involvement. If America is to go to war in Syria, it should be owned by Americans and their legislators, not just a few select White House officials and the president. The burden is not for them to bear alone.

As to the wisdom of the current incremental approach in Syria, it might appear that the administration is falling into what Michael J. Mazarr astutely calls the “imperative trap,” the idea that America “must do” something. But you can’t lose a war you don’t fight, a lesson drawn from Eisenhower’s non-intervention in Vietnam post-Dien Bien Phu. And if America does feel compelled to do something, there are plenty of more useful avenues, such as: 1) significantly boost U.S. contributions to the U.N.-led refugee relief efforts in the Middle East and lead the world by pledging to accept one million Syrian refugees by 2020; 2) keep the mission focused on counterterrorism and continue limited strikes against groups bent on attacking the U.S. such as Khorasan; and 3) conduct targeted online interventions identifying the tiny sliver of likely ISIS recruits. Lost among the sea of horrific videos and jihad porn is that while their message reaches many, it only really appeals to a few, and wide-area counterpropagranda program, while well meaning, has been ineffective.

To advocate for an escalation of a conflict without a political conclusion anywhere on the horizon is to do a disservice service members who are asked to carry out national policy. Politicians should only commit to using the military for missions that make sense. Going against this dictum means throwing out the hard won lessons learned from the past 50 years of U.S. overseas interventions.