6 Times Soldiers Passed Out In Formation

Anyone who has served has at some point been forced to endure a ceremony where you are required to stand... 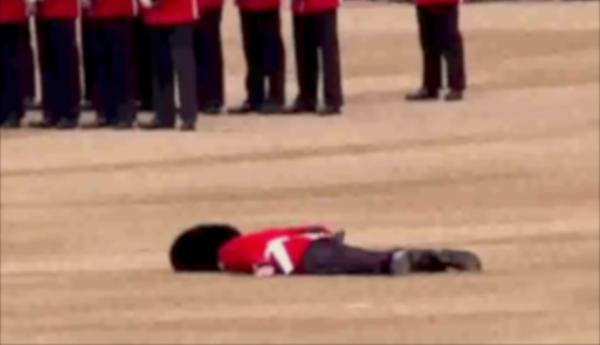 Anyone who has served has at some point been forced to endure a ceremony where you are required to stand painfully at parade rest for what feels like an eternity. Some suggest it’s a myth that locking your knees causes fainting. These people are wrong.

Whether you land face first in the pavement, or into the arms of your brothers in arms, there is nothing quite as embarrassing as passing out in formation. However, here are six soldiers who did just that.

The soldier who passed out during basic training graduation.

The Royal Guard who fainted at Buckingham Palace.

The soldier who fainted before Ukrainian President Petro Poroshenko.

The Marine who stumbled into the crowd at a change of command ceremony.

The soldier who fell during a flag ceremony.

And of course, the Air Force general who passed out during an F-35 briefing.