As the Apple-Android phone debate continues unresolved among civilians, Army Special Operations Command has chosen a side: iPhone. Now, special... 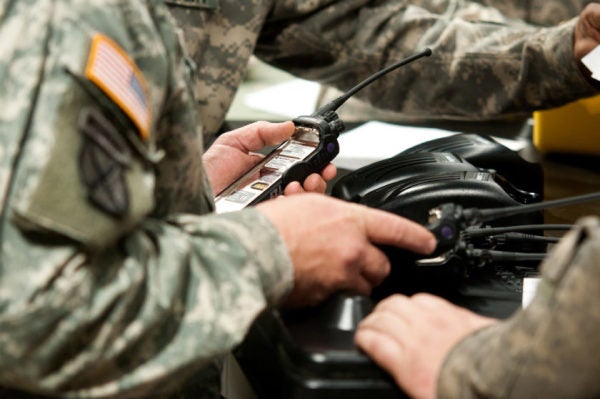 As the Apple-Android phone debate continues unresolved among civilians, Army Special Operations Command has chosen a side: iPhone.

The problem with the Android, according to an anonymous Army source cited by Military.com, is that it’s glitchy and often has to be restarted.

In high-stress operations typically carried out by special operations forces, it’s not conducive to your lose your means of intelligence, surveillance, and reconnaissance. The minutes lost while rebooting the Android can be critical to mission success.

The source also stated that the new iPhone is “faster; smoother. Android freezes up.”

The new phones will be added to the Army’s Nett Warrior battlefield situational awareness tool. Specifically, the special forces iTAC will be connected to a Harris AN/PRC 152A radio.

This is significant because the PRC-152A allows operators to automatically move across different waveforms to talk to units in other services, whereas the the formerly used Rifleman Radio was only a one-way communications device.