For as long as war has carried on, men have written poetry about it. The world war narrative has boasted... 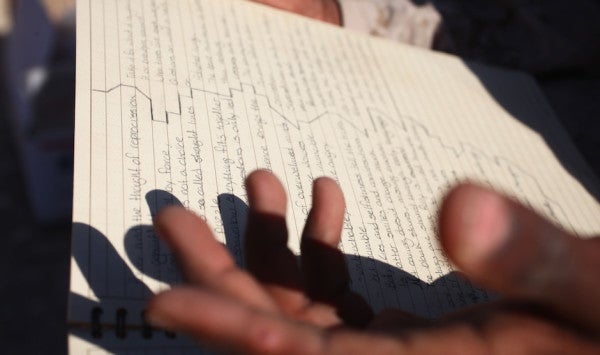 For as long as war has carried on, men have written poetry about it. The world war narrative has boasted the work of such greats as Oliver Wendell Holmes Sr., Walt Whitman, Isaac Rosenberg, and Joyce Kilmer over the last hundred years. Now, as the operations in Iraq and Afghanistan wind down, we await the emergence of a new generation of war poets.

Maurice Decaul, a former Marine infantryman whose poetry has been featured in The New York Times, told Task & Purpose, “Poetry can be timeless.”

War poetry, regardless of the era from which it originated, captures themes that carry across generations. It also seeks to create new language, which later generations use as a framework for understanding war history.

For Decaul, poetry falls into two categories: visceral and meditative. With the first, he said, it’s about what’s going on in the mind of the veterans or service members as they experienced events. Meditative poetry comes after reflection, often years later.

“In my own work, I think it’s a combination of both of those impulses,” he said. “My work actually started when I was at NYU in a veterans writing workshop, and although that was six years after the war had ended for me, it was the first time I ever talked about it. The experience was still very raw, very visceral.”

As he grew as a writer, however, his poetry evolved.

“The work has expanded to move beyond my own experience and to look at the bigger, global experience,” he added.

With the study of contemporary war poetry’s impact, Adrian Bonenberger — author of the war memoir “Afghan Post” — said that this is a very exciting time for potential poets.

“Any time there’s a huge cultural question or a truth in culture that is difficult to attack, that’s the place where poets and artists need to step into the void and say, ‘We lack a language for describing this. We are going to create a vocabulary to describe the horror that is going on,’” Bonenberger said in an interview with Task & Purpose.

Because the U.S. military is still engaged in the Middle East, the impact of poetry from this era has yet to really be determined.

While he suggested that it is important to take contemporary poetry at face value, time is also an important factor in determining its impact.

“We ourselves do not fully understand what’s at stake with the War on Terror,” Bonenberger said. “That has been evidenced by what has happened in the Middle East since we kicked this sucker off in 2001.”

Regardless, both Bonenberger and Decaul encouraged veterans to record their experiences.

In terms of how to really harness the power of poetry as a form of memoir, Bonenberger said an intense study of poetry as an art form is necessary. He suggested that World War I is really the most impactful war to explore, during which poetry was unparalleled as the storytelling medium of the era.

However, whether or not poetry is the best format for a society that leans on a more conversational vernacular is something yet to be determined.

As a writer, Decaul finds that poetry is a great way to tell a story — through heightened language, in a more condensed form.

“The thing with poetry is, you can tell an amazing story, but it gets compressed down to 100, 200 words,” Decaul said.

For civilians interested in understanding war, poetry provides insight into experiences in a way that isn’t relatable, but can instead be enlightening.

“Some of the stuff that’s going to be written is pretty hard to deal with. Read it knowing that what’s represented on the page is a human experience,” Decaul said.