The US is reportedly ‘days away’ from Afghanistan withdrawal

"A civil war is certainly a path that can be visualized if this continues on the trajectory it’s on right now." 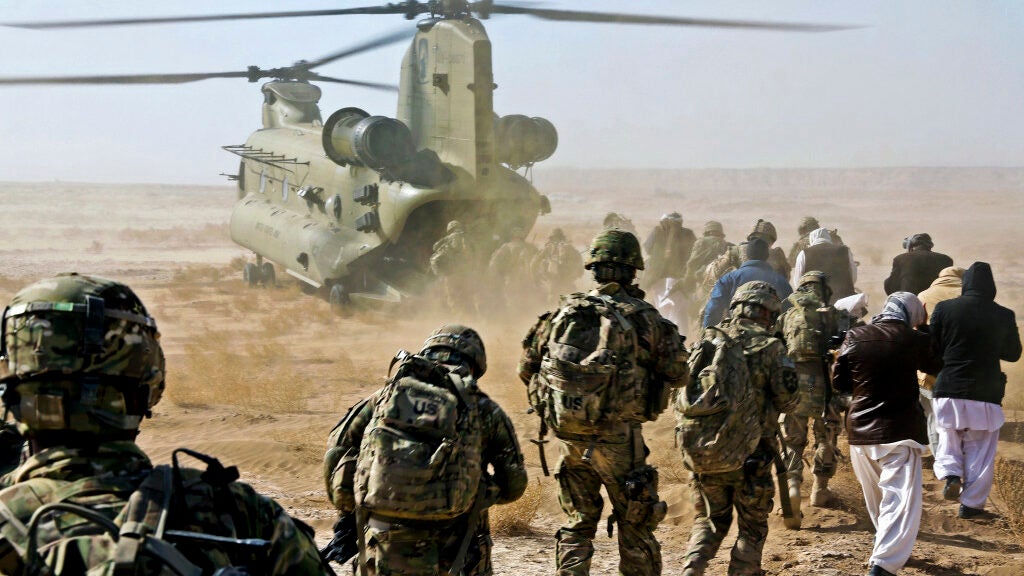 On Tuesday, Reuters reported that the U.S. military was just “days away” from completing its drawdown from Afghanistan, far ahead of the Sept. 11 cut-off date that was initially given by President Joe Biden.

Previously, the completion of the withdrawal had been estimated for early to mid-July, with a hard cut-off set for September.

The report cited multiple U.S. officials, and echoed similar findings on the pace of the withdrawal in stories by CNN and The New York Times, and others. Roughly 650 troops are expected to remain in the country in order to provide embassy protection, those same outlets reported. Given operational security concerns, the exact figures are hard to pin down, and the Pentagon stopped providing specifics once the withdrawal had reached the halfway mark.

Speaking to reporters at the Pentagon on Tuesday, Defense Department spokesman John Kirby declined to offer specifics, saying “I just don’t have that level of detail.”

“There weren’t all that many troops left in Afghanistan when President Biden took office anyway,” Kirby continued. “So it shouldn’t come as a shock that we’re able to move them out at a — at a brisk pace. And again we’re trying to do this in a very safe and orderly way understanding that the security situation is still dynamic.”

The news brings with it a rush of questions, chief among them: What happens next?

On that matter, the United States’ top commander in Afghanistan, Army Gen. Austin S. Miller, issued a grave warning on the state of security in Afghanistan, telling reporters on Tuesday that “a civil war is certainly a path that can be visualized if this continues on the trajectory it’s on right now, that should be of concern to the world,” according to the Associated Press.

“When the withdrawal is complete, our mission transitions in two ways,” said Kirby, the Pentagon’s top spokesman. “One, to — whatever U.S. forces are in Afghanistan are there to protect the diplomatic presence. And you know, there’s a lot of pieces to that, but it’s really about protecting the diplomatic mission. And two, our bilateral relationship with Afghan forces shifts to one of — of financial and logistical support from outside the country.”