US Urges The World Not To Freak Out About Withdrawing From The INF Treaty (P.S. It’s Russia’s Fault)

"If there is to be an arms race it is Russia's actions that have undermined the global security architecture and has undermined this particular arms control agreement." 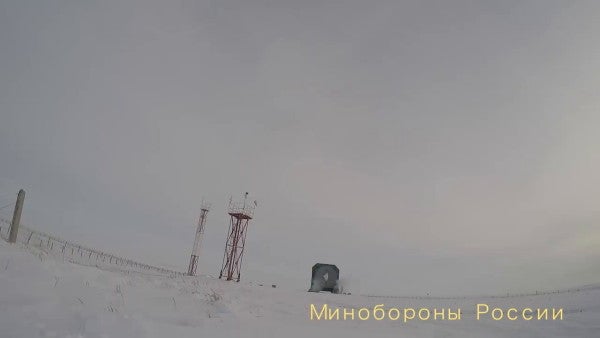 Here are the key takeaways on President Donald Trump's decision to pull out of the Intermediate-Range Nuclear Forces Treaty: It's Russia's fault; if an arms race ensues, it's still Russia's fault; it will be a long time before the United States could field its own missiles; and the United States has no interest in developing new nuclear missiles, senior administration officials said on Friday.

Signed in 1987, the treaty between the United States and the Soviet Union – now Russia – bans both countries from having land-based nuclear and conventional missiles with ranges between 500 and 5,500 kilometers.

However, the U.S. government has claimed since 2013 that Russia is developing ground launched cruise missile, with the Russian designator 9M729, according to the State Department.

“Russia has repeatedly changed its cover story regarding its violating missile,” according to a Dec. 4, 2018 fact sheet on the State Department's website. “For more than four years, Russia denied the existence of the missile and provided no information about it, despite the U.S. provision to Russia of the location of the tests and the names of the companies involved in the development and production of the missile.”

The U.S. government is now giving Russia six months to destroy all of its missiles that violate the treaty as well as launchers and associated equipment or the United States will formally withdraw from the treaty, the president announced on Friday.

“We will move forward with developing our own military response options and will work with NATO and our other allies and partners to deny Russia any military advantage from its unlawful conduct,” Trump said.

Russia has been trying to get out of the treaty for a long time, a senior administration official told reporters on Friday. The Russians asked the United States in 2004 and 2007 about both countries mutually withdrawing from the treaty.

Should Russia fail to comply with the treaty within six months, it would take a while for the U.S. military to flight test and ultimately buy conventional short- and medium-range missile systems, the official said during a conference call.

“Where the Pentagon is, is they are looking at potential options for what a U.S. capability will be when and if the treaty is terminated as a result of what is unfortunately a likely decision by Russia to not return to full and verifiable compliance,” the official said. “But again, we are some time away from having a system that we would produce, that we would train soldiers or airmen or Marines to deploy; and then certainly, before we would be in a position to talk about basing, potentially in allied countries.”

Russian propaganda has been trying to scare U.S. allies by claiming the president's decision to withdraw from the treaty will spark a new nuclear arms race; however, “Nothing the United States is currently looking at it is nuclear in character,” the official stressed.

When Task & Purpose asked if the United States was opening the door to an arms race with Russia and China over developing short- and medium-range missiles, the official gave an emphatic no.

“The United States has tried everything it could since May 2013 to make Russia understand that it's interests are best served in the treaty; but let's be clear, if there's an arms race, it is Russia that is starting it,” the official said. “It is Russia that has illegally fielded multiple battalions of this treaty-violating cruise missile.

“We reject the assertion that it is the United States opening the door to an arms race. If there is to be an arms race it is Russia's actions that have undermined the global security architecture and has undermined this particular arms control agreement.”