After Valentine’s Day, it’s clear the Pentagon is in love with great power competition

Russia and China just have the je ne sais quoi to completely upend the entire world that terrorists can't seem to match. 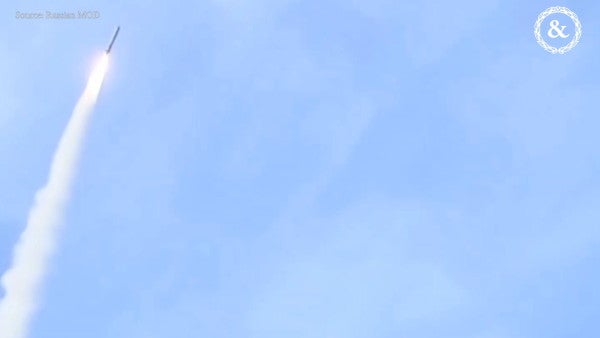 Let's talk about love – and not the type of love that results in sailors getting an injection of antibiotics after a port call in Thailand. I'm talking about a deeper, spiritual kind of love: The Pentagon's passionate love affair with great power competition.

Nearly a decade ago, the Defense Department was betrothed to an idea called “counterinsurgency;” but the Pentagon ditched COIN at the altar after a Jody named Afghanistan ruined the romance. Now the U.S. military is head over heels in love with countering Russia and China – so much so that the Pentagon has named a cockroach “The Global War on Terrorism” after its ex so it could be fed to a Meerkat.

Russia and China just have the je ne sais quoi to completely upend the entire world that terrorists can't seem to match. Not even the Taliban can make a general or flag officer's eyes light up the same way that the People's Liberation Army and Little Green Men do. And every time a military official says the words “hypersonic weapons,” a defense industry executive enjoys a post coital cigarette.

“While violent extremist organizations can, and will continue, to threaten our national interests, only great powers can realistically alter the international order that underpins our collective security and prosperity,” explained Pentagon spokesman Johnny Michael.

You can feel the love for countering Russia and China because it keeps coming up. Army Secretary Mark Esper recently talked about developing a super gun to sink Chinese warships in the South China Sea. President Donald Trump has withdrawn from the Intermediate-Range Nuclear Forces Treaty because Russia has shown some leg on its new cruise missiles. And on his first day on the job, Acting Defense Secretary Patrick Shanahan told top military leaders, “Remember: China, China, China.” (This sounds much more romantic if you play Foreigner's “Feels Like The First Time” when you say it. Trust me.)

In short, if this were a Nicholas Sparks novel, the Pentagon and Global Power Competition would have already had a make out session in the rain. But when your friend and humble correspondent reached out to a plethora of experts to ask why the U.S. military is pivoting to counter Russia and China when the terrorists have not been defeated, most declined to respond. (Once again, this reporter was unable to score on Valentine's Day.)

Peter Singer was one expert who didn't show your friend and humble narrator the cold shoulder. He agrees with the U.S. government's National Defense Strategy, which declares that, “Inter-state strategic competition, not terrorism, is now the primary concern in U.S. national security.”

“It is clear we are entering – or already in – a period of heightened strategic competition, different from the Cold War,” said Singer, senior fellow at the New America think tank in Washington D.C.

However, that does not mean that the U.S. military is finished with fighting insurgencies, Singer told Task & Purpose. The Cold War was a struggle between two superpowers, but all of the fighting was done in proxy wars, most of which were insurgencies.

Future proxy wars between the U.S., Russia, and China could be even more challenging, he said.

“As tough as the Taliban has been, they have not had a true state sponsor behind them in the way that, say, the Mujahideen did,” Singer said. “So you've not had a situation like, for example, the Mujahideen going out with the Stinger missile and the Soviets not having their counters to it, technologically.” (Do you remember the Facebook relationship status “It's complicated”? That summarizes how the CIA and Islamic radicals got along in the 1980s.)

Rep. Seth Moulton (D-Mass.) also argues the U.S. military needs to able to fight both terrorists and near-peer threats, but he believes it's time to overhaul the counterterrorism strategy.

“Anyone who's fought in today's wars knows that you can't ever be focused on just one threat,” said Moulton, a Marine veteran who is considering running for president.

“Just like having over-watch on your position or 'guardian angels' posted during a meeting with tribal leaders we need to aggressively confront the long-term threat of China, and the more immediate but asymmetric threat from Russia.

“At the same time, we must keep tabs on the continued threat from terrorists around the globe. Given that there are four times as many Sunni extremists now as there were on 9/11, we should re-evaluate our counter-terror strategy. Good policy leads to fewer terrorists worldwide. We're moving in the wrong direction.”

In your humble correspondent's opinion, China, Russia, and terrorists constitute a “Three Way Of Tyranny.” The Pentagon cannot shrink from engaging all three, because times are too dangerous for shrinkage.