What The Civil War Can Teach Us About Women In Combat

Editor’s Note: Portions of this essay originally appeared in “The Women’s War: Separate Spheres and Women Soldiers in the American... 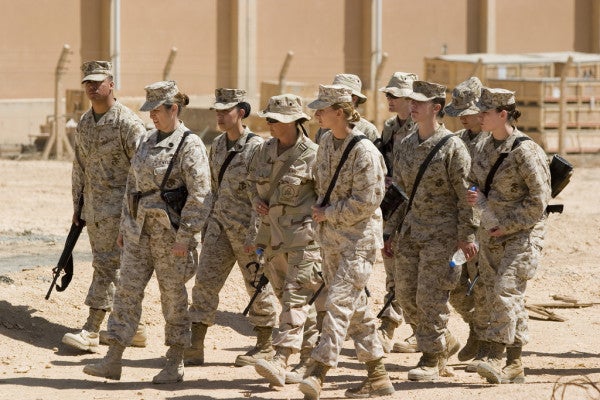 Editor’s Note: Portions of this essay originally appeared in “The Women’s War: Separate Spheres and Women Soldiers in the American Civil War,” a culmination of the author’s undergraduate research.

Lyons Wakeman was as common a soldier as any as could be found in the ranks of the American Civil War armies. Born in upstate New York, he grew up working alongside his siblings on the family farm. Prompted by a family feud, he left home in August 1862, and supported himself by working as a coal handler on a canal barge until he was approached by Union Army recruiters and chose to enlist in the 153rd New York State volunteer infantry. Though he’d only had a rudimentary education and his grammar and spelling were poor, Wakeman wrote numerous letters home to his family. He expressed his love for army life, how exhilarating it was to fight in battle, and of some scuffles he’d had with other members of his mess.

Wakeman was never to return home. Unimaginably unsanitary camp conditions, close quarters, and makeshift medicine led to disease being the greatest killer of the war. Wakeman succumbed to one of the most common camp illnesses, and died in a military hospital in New Orleans in 1864. He went to his grave without anyone in the ranks — not even his doctors — ever discovering that he was in fact a she: Lyons Wakeman was the alias and disguised persona of Sarah Rosetta Wakeman.

During the Civil War, hundreds of women disguised themselves as men to fight as soldiers, challenging the passive, domestic roles that society had created for them. Women who served in the military during the Civil War enlisted for the same reasons as their male counterparts: staunch patriotism, a desire to escape from their lives at home and a desire for adventure, or for economic need.

This shakes conventional images of women in the Civil War: self-sacrificing nurses and bold, cunning spies. More thorough examinations not only uncover the story of the only woman to win the Medal of Honor, Dr. Mary Walker, but that American women have been serving on the front lines of combat for centuries, with the earliest known example being Deborah Sampson in the American Revolution.

In 1776 and 1861, women had to pass as men to fight — and did so with relative ease. Indeed, even feminine-looking women could exploit conventional knowledge that “if it wore pants, it was male” to pass as men and serve, and lived in environments as austere as those of elite combat units of today. These women earned the respect of their peers, some receiving commendations from their units. When a woman was discovered in the ranks, it was typically after she had been wounded in action, as explored in the 2003 book “They Fought Like Demons: Women Soldiers in the Civil War” by DeAnne Blanton and Lauren M. Cook.

The difference between 1864 and 2014 is that now we know that women are on the front lines. Yet, despite the fact that the combat exclusion ban has been lifted, the debate over women serving in combat is stronger than ever. The main argument in this dispute is not about unit cohesion or efficiency. Trying to produce a golden ratio of women in a combat unit, or allowing women to go to combat training schools, but not granting an MOS (such as the Army’s Ranger School or Marine Corps’ Infantry Officer Course) are delay tactics that deny women the equal opportunity to serve in combat positions. Just because the extreme few women who have attempted the Infantry Officer Course have failed does not mean that all women are incapable of completing the course and becoming infantry officers. Moreover, many eligible, capable women may not attempt these courses because they see it as a waste of time — why put yourself through hell if you’re not going to actually get the hard-earned certification, and will only be a statistic in a study?

Following the lift of the combat exclusion ban in January 2013, the services were told to either integrate women, or come up with a reason why they couldn’t. These studies are a means to be able to justify putting up a “No Girls Allowed” sign. Nobody is asking for standards to be lowered, just for the same open opportunity to try to meet that standard.

Economic need, a desire for adventure, patriotism, an esoteric calling to duty: These were reasons the majority of female soldiers enlisted in the armies of the American Civil War. Sarah Emma Edmonds, alias Pvt. Franklin Thompson, 2nd Michigan Volunteers, wrote, “But the great question to be decided, was, what can I do? What part am I to act in this great drama?” Edmonds expressed a moral obligation to have an active role in the Northern war effort, believing in the just cause of fighting for the Union.

Frances Hook of Chicago enlisted in the 11th Illinois Infantry alongside her brother — her only surviving relative — but continued to serve in the 90th Illinois after his death. In interviews with both newspapers and her physician, it was cited that Hook’s drive to serve had been just as strong as her brother’s.

Frances Hook of Chicago enlisted in the 11th Illinois Infantry alongside her brother during the Civil War.Courtesy of Wayne Jorgenson, descendant of Frances Hook

“Emily,” an otherwise unidentified middle-class girl from Brooklyn, fantasized of becoming an American Joan of Arc and joined the Union Army saying that she “expected to deliver her country” for which she was “content to die.”

Loreta Velazquez, born in Cuba, but married to a southerner, disguised herself as Harry T. Buford, and raised a company of Confederate soldiers in her adopted home state of Arkansas. Velazquez saw the war as opportunity for adventure and to actively express her patriotism for her adopted country.

All of these women gave different reasons for serving, but each one of them expressed a desire for adventure, personal freedom, and first-class citizenship that exceeded what social mores allowed. Women have proven themselves in combat since the inception of this country. The historical study of women soldiers in past conflicts, though neither scientific nor statistical, provides a compelling argument for women in combat. The only barrier that truly remains is institutionalized misogyny.

Denying women the same opportunities in the military — that is, to serve in combat arms — not only affects careers and promotion opportunities within the armed services, but communicates to women that they are still considered second-class citizens and service members. In 1796, Mary Wollstonecraft wrote in “A Vindication on the Right of Women” that “Women are more debased and cramped … than men, because men may still, in some degree, unfold their faculties by becoming soldiers and statesmen.” Service to one’s country is one of the very hallmarks of staking a claim to citizenship.

The standards to enter combat arms are already set. Let anyone, male or female, who meets those standards serve with equal opportunity.