Why Public Service Appeals To Veterans

Any veteran who honorably finishes a term of military service, be that for four years or 20, has paid his... 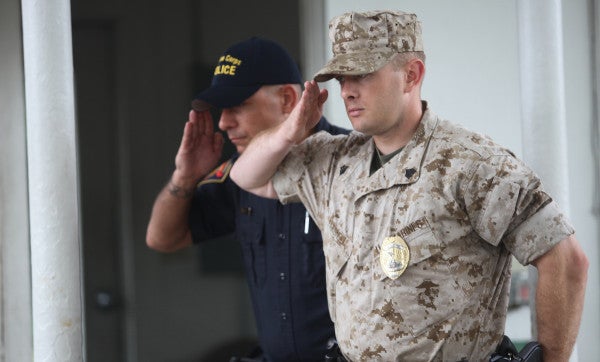 Any veteran who honorably finishes a term of military service, be that for four years or 20, has paid his or her dues to the country. In spite of this, many veterans, myself included, still find themselves in a public service job in some capacity. While many vets would prefer to never see the inside of a government building ever again, there are some compelling reasons to consider a job in government, be that federal, state, or local.

First, there is the reward of having a sense of purpose. While that certainly isn’t unique to government jobs, many of them still provide that psychic payoff. That’s obviously more true of some jobs than others — a policeman, fireman, or teacher can often see the tangible results of his or her service more easily than a government office worker, though they often do important work, too. Having a larger purpose to your work can help ease the transition back to civilian life. Studies show that having a sense of purpose in one’s life leads to a longer and healthier life. While a second career in public service is by no means the only way for veterans to find a larger purpose again, it does give a head start towards finding one.

In many government jobs, that transition is also eased by having a larger number of fellow veterans around. Vets are disproportionately represented in the public sector. Over half the people in my workplace are vets, and that makes a huge difference in terms of feeling like home, or in this case, much like my old squadron ready room. In a lot of ways it has the fellowship of the military, but without as many ridiculous rules.

Part of the reason for that disproportionate representation is undoubtedly the preference veterans are given for government jobs. While the rules differ between federal, state, and local jobs, long story short, if two people are equally qualified for a position and one is a veteran, the veteran gets the job. That’s a pretty big deal. Disabled veterans get further advantages.

Add to that, as more and more businesses move from defined benefit to defined contribution pensions, having a government pension is a bigger deal than it used to be, both in terms of security and the amount of benefits. In many civil service jobs, even those who left the military shy of 20 years are often still able to buy time toward a pension or otherwise gain credit for their time in the military. For those who have a military retirement, your retirement or disability is usually not enough to completely quit working, but a second defined-benefit pension makes that possible. Since many retire from the military as young as 38, that means there’s a great opportunity to get another 20-year pension and live your 50s and 60s Jimmy Buffetting on the beach.

Lastly, there’s also the fact that the government has jobs that have similar danger and excitement to some military jobs. Not that many civilian employers use firearms and bust doors down as an integral parts of their jobs, but there are myriad local, state, and federal agencies that call for it. You want to work outdoors? The feds and the states have fish and wildlife services. Agencies such as the Central Intelligence Agency and Department of State can take you throughout the world. Government jobs certainly have cubicles available for those who want them, but for those who don’t, opportunities abound. Obviously, life isn’t the movies, but for those who don’t want to hang up their spurs, there are plenty of government jobs that have some level of adventure as part of the job description.

The government is the government, of course. Working for it can be frustrating at times. At the same time, though, coming to work knowing that you’re part of a team and still serving can still mean something. In World War II, “Good enough for government work,” was actually a compliment, not a put-down. A new generation of veterans can help make that expression a positive one again. As frustrated as vets can get with government agencies of all types, making them better starts with getting the best people in those positions, and vets are those people. As you exit the military, you may think that you’ll never work for “The Man” again. It has a lot of advantages, though. Don't count it out.