What is noticeably missing from the ranks of most top-tier tech companies in the United States is the presence of... 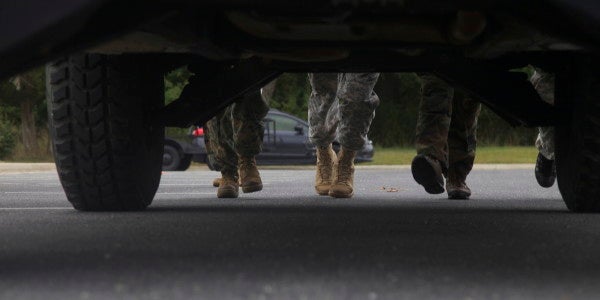 What is noticeably missing from the ranks of most top-tier tech companies in the United States is the presence of military veterans. Over the last decade, many of the technology companies that have come to dominate the consumer and enterprise markets were not founded by veterans. There are likely many reasons for this trend, but contributing factors include a lack of entrepreneurial role models in the military community and a military transition process that is optimized for helping Veterans become employees, not entrepreneurs.

The underrepresentation of entrepreneurial topics in TAPs is not due to a lack of interest. A recent report by the U.S. Small Business Administration suggests that 25% of all returning post-9/11 veterans want to start a business.

It can be difficult for a veteran to find the resources to launch a business, and even more complicated for veterans to break into the niche domain of technology entrepreneurship. In a practical sense, many transitioning veterans simply do not have the experience, network, or capital to effectively compete with Silicon Valley technology startups.

There are several groups working diligently to bridge this divide. Patriot Boot Camp is one such program. Patriot Boot Camp is a nonprofit that provides free technology entrepreneurship education, mentorship, and community support for military veterans. The program has been around since 2012 and has graduated more than 500 military veterans and military spouses. Many of these entrepreneurs have gone on to launch and grow technology companies.

As these veteran-led tech ventures mature, new opportunities are developing for veterans to work together and build communities of significance. An ecosystem is emerging where successful veteran founders can support and nurture the next generation of aspiring entrepreneurs. North Carolina-based ProctorFree and South Carolina-based inKind are two examples of veteran-led tech companies that have developed into formidable startups.

Nick Black was a U.S. Army officer from 2006 to 2011 who cofounded the company inKind. Black’s startup team has embarked on a mission to create more meaningful and personal connections between nonprofits and donors. They have developed a software platform to help nonprofits create stories around their current charitable work to include opportunities for supporters not only to support but also purchase and directly donate the exact items needed. inKind is working with Habitat for Humanity and other nonprofits conducting brick and mortar projects before scaling and expanding to serve new nonprofit vertical markets.

Mike Murphy is a former U.S. Army noncommissioned officer who cofounded ProctorFree in 2013 to provide an innovative way for teachers to administer and supervise online exams. Since its launch, the company has grown to employ 25 part-time and full-time employees. ProctorFree’s product continues to flourish and evolve as the company on boards new educational partners.

ProctorFree and inKind are examples of veteran-led companies that have sprouted beyond the concept phase to become brooding technology enterprises. As these companies continue to expand, their cofounders serve as shining entrepreneurial archetypes for other veterans with bold new ideas and startup ambitions. When these companies reach new stages of maturity though, they encounter new challenges related to growth.

Like all companies, ProctorFree and inKind require capital to grow. Since most technology startups do not have an abundance of physical assets, conventional bank loans and Small Business Administration lending programs are not available or practical. In order to grow, tech companies overwhelmingly partner with venture capitalists who will infuse cash into a company for an equity stake. For most veterans, the realm of venture capital can seem like forbidding foreign soil. In a practical sense, venture capitalists simply may not understand or value the military experience of cofounders.

Brandon Shelton, an Army infantry and military intelligence officer from 1998–2006, recognized this dynamic and launched Task Force X Capital Management last year to meet the needs of promising veteran-led startups. TFX is an advisory and investment firm specializing in helping veterans grow companies; the group recently made investments in both ProctorFree and inKind.

The National Venture Capital Association estimates that in 2015 venture investments in the United States totaled more than $58.8 billion. Through TFX, veterans are only tapping into some of that capital, but are choosing to work with venture investors who share their military experience, integrity. and sense of camaraderie.

“All investment money is not the same,” said Mike Murphy.

“We use our common background to get to difficult conversations quicker,” added Black. “The value of having a venture investment from another military veteran is that they will stand shoulder to shoulder with you.”

Veterans building successful technology companies and supporting the next generation of aspiring entrepreneurs has the potential to create a virtuous cycle that will transform America’s technology landscape. A decade from now, the list of influential U.S. technology companies could represent a new cadre of enterprising veteran cofounders.