For diehard fans of The Lord of the Rings series, “Palantir” is a familiar word. The Palantíri are the smooth... 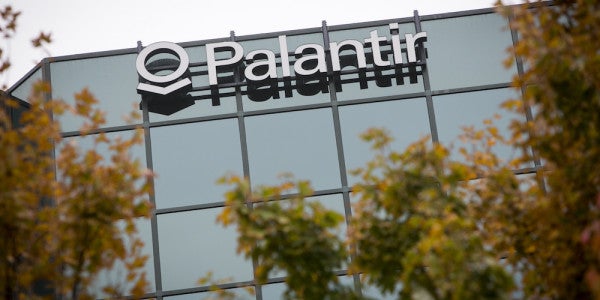 For diehard fans of The Lord of the Rings series, “Palantir” is a familiar word. The Palantíri are the smooth dark spheres used by Saruman and others as seeing stones to communicate in Middle-earth.

Palantir Technologies, Inc. took its name from these fabled seeing stones. In 2003, it was founded by former cofounder of PayPal, Peter Thiel, with the mission to apply software similar to PayPal’s fraud-recognition systems “to solve the world’s hardest problems while simultaneously protecting individual liberty.” Palantir was originally funded, partially, through the Central Intelligence Agency’s venture-capital arm In-Q-Tel.

Palantir is self-described as “designed to make work energizing and to stimulate the best thinking.” The 9-to-5 work day doesn’t exist here. Palantir offers “a variety of perks that help us focus on the mission by promoting productivity and freeing up time at and away from the office.”

First, my entire adult life has been spent in the Marine Corps, so rigid hierarchies and uniformity is all I have ever known. Palantir could not be more different. During the few hours I spent touring the entire floor occupied by Palantir in its Georgetown location, I was at first struck by the casual nature of the workspace. By the end of my tour, I found that casual attire did not equate to a casual attitude about the importance of their work.

The entrance was sparse, but inviting. Think Japanese décor with minimal furnishings, symmetry, and translucent dividers. On two sides were walls of frosted glass. All I could see were quickly moving shadows rushing to and fro. During the few minutes I spent waiting for my guide, there was no time wasted by these shadow workers; they were all moving with a visible sense of purpose.

The amenities were exactly what one would imagine from a Silicon Valley tech firm, not that I have ever visited one. But I am a fan of HBO’s “Silicon Valley.” The amenities include an on-site chef who prepares free food, gaming rooms, professional ping-pong table, open workspaces, sleeping rooms, razor scooters for office transportation, free laundry service, haircuts, and massages.

While there were many diversions available, I noted that few, if any, of the employees were just lingering about. They may grab a free gourmet meal, but they quickly returned to their workstation or meeting room.

There were no offices, everyone worked in open office spaces on adjustable computer desks — some sitting, some standing, and some in between — with at least two computers and three monitors at each workstation. All the programmers and technicians were wearing the latest headphones from Beats by Dre to Skullcandy, and feverishly typing and clicking away on their projects.

There were numerous small conference rooms, all with glass walls, and named after breakfast cereals. My personal favorite was the Franken Berry room. These rooms were all teeming with productivity. Groups of four to five programmers collaborating on their latest project.

From my unofficial tally, one in five programmers was not wearing shoes, though a pair of flip flops were kept close if needed. All were dressed in very casual attire. The majority wore Palantir t-shirts with jeans or shorts. I may have been the only person to ever don a tie in this place. I counted at least four dogs curled up on beds at their master’s feet. Evidently Palantir has a pro-pooch policy.

All of these amenities served a greater purpose: removing distractions and tedious tasks from employees to allow them to concentrate on their work. No need to worry about doing laundry or getting a haircut, you can have it done for you, for free, at work.

What separates Palantir from the herd of Silicon Valley tech firms is the importance of their work. These first-rate programmers could work at Facebook to ensure the most-relevant sponsored ads appear on user’s homepage or debugging Candy Crush.

What Palantir offers is the opportunity to work on the bleeding edge of technology and national security. There is also the challenge of tackling some of the most complex and important problems facing our nation. Teams of programmers were designing information platforms for the Department of Defense, Immigration and Customs Enforcement, various law enforcement agencies, and numerous other public and private clients.

During my tour I was introduced to about a dozen employees. About one in four was a veteran. Almost all were young enlisted service members who had moved on to another challenge at Palantir after completing their initial enlistment.

By the end of my tour, I recognized just how committed to their work all the employees were. I spent no more than two minutes speaking with any individual, of the dozen programmers I was introduced to. I could feel that each was anxious to return to his or her task. That is not to say any of them were rude or dismissive, it was just that their desire to return to their project was palpable.

While this group did not have the snap and pop, or fresh haircuts, of a military unit; there was the same underlying feeling of dedication and purpose of mission. Everyone was clearly working toward a common goal. Their dedication to duty was as tangible as in any military unit I served in during my Marine Corps career.

By the end of my brief tour, I was envious of these teams of highly educated, enthusiastic, and accomplished young programmers and technicians. I left my tour wanting to be a member of this dedicated and industrious group of individuals. Unfortunately I lack the requisite programming skills, and at age 43, I think I am about a decade too old to work there.

For a young veteran looking for a new challenge while continuing to serving our nation, Palantir is an excellent choice.

In addition to possible employment with Palantir, the company has joined with the Center for a New American Security using Palantir Metropolis to analyze the needs of U.S. veterans.

Watch a video of the findings from the partnership below.