The Most Productive Way To Bounce Back After Losing Your Job

Editor’s Note: This article written by Amy Eisinger was originally published on Greatist, a digital publication committed to happy and... 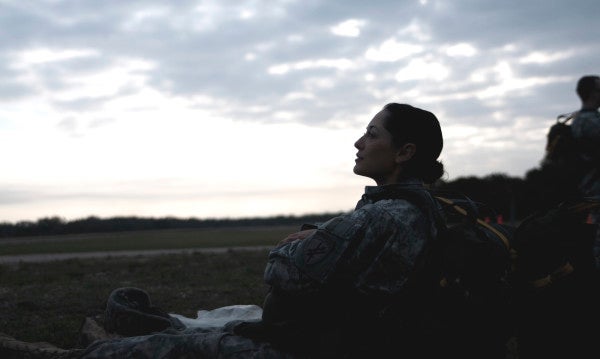 Editor’s Note: This article written by Amy Eisinger was originally published on Greatist, a digital publication committed to happy and healthy lifestyle choices.

Twenty-one days before Christmas I got laid off.

A group of us were called into a gray, empty conference room and told, “Your jobs have been eliminated.” While HR mechanically droned on about our severance, COBRA, and clearing our desks, a vibe of abject resignation settled over the room. I stared at my friend across the table. I texted my then-boyfriend. I called my mom.

And then I did what I think any sensible individual might do: I drank heavily. As it happens, the stages of grief aren't that dissimilar to the ones you experience after getting laid off.

There’s shock and disbelief: “How can this happen? They can’t do this… this can’t be legal, right!?”

…depression: “I knew I’d never make it in NYC anyway. I give up.”

…bargaining: “Can we talk to someone? There has to be a way to make this work.”

…and anger: “Screw them! This job was stupid anyway. I hated coming to this office.”

The next morning I trudged to JFK airport with a massive hangover to pick up my younger brother, who had conveniently come to visit. On that raw December morning, I felt like a total failure.

Turns out, I’m not alone. Losing your job sucks in myriad ways, and while reemployment helps to mitigate some of the negative effects — such as low self-esteem, social withdrawal, and psychological well-being — it doesn’t always eliminate them. It probably comes as no surprise that one study found the chances for depression were three times higher in young adults who were unemployed compared to those who were employed.

As my job hunt dragged on, I started to question: Was I even a decent editor? Should I be doing this with my life? As someone who — while employed — would never have said I was defined by my job, I felt purposeless.

Yes, I found a new job. But binging on ice cream and booze while marathoning the entire canon of Black Books (British comedy is amazing, people) ultimately left me blaming myself and feeling stressed out. Looking back, I can’t help but think: Maybe I could have dealt with the whole situation better.

With that in mind, I tapped Michael Bennett, M.D., a psychiatrist who co-authored the book F*ck Feelings, along with his daughter, Sarah Bennett, for suggestions on healthier ways to recover from job loss. They offered a few tough-love tips on how to get back at it — and gain more than a hangover in the process.

Figure out what you can learn.

“When a relationship ends, hopefully you can take something from it and use it for next time. I think the same is true for jobs,” Sarah says. Ask yourself: Is there something positive you can take from this job and bring to your next? Were there any benefits you got: a raise, better title, new skill, even a new friend?

If you were fired or blindsided, Sarah also suggests “CSI-ing your firing.” In other words, do a little detective work. What might have led to this? Were there factors that got you here that you could avoid in the future? Was there something you could have done to keep your boss at bay while you started a job hunt?

Take an honest assessment of your actions, Sarah says, so you don’t make the same mistakes again.

Stop beating yourself up.

We just mentioned taking an honest assessment, and that’s helpful for this too. Be real about the situation: If you know you’re a good employee who did everything you could, stop blaming yourself. “Right away, try to limit the responsibility,” Michael says. “Work as soon as you can to pump up your rationale.”

In my case, I kept criticizing and over-analyzing every little thing when I should have faced facts: They laid off nearly 20 editors. This was typical corporate downsizing.

“If you feel terrible, don't punish yourself more for not getting back on your feet right away,” Sarah says. “But do consider, ‘Am I taking it too personally?’”

If you’re stuck in the “this is all my fault” stage, that’s a negative spiral, Sarah says. She suggests staying business-like: Stick to the facts and avoid sinking in self-pity. Even if you were fired because of something you did, focus on correcting it in the future, not on the mistakes made.

List — in a concrete way — everything you did well at your previous job. For instance, I listened to instructions, turned in my work on time, and was nice to people.

“That's a substantial and grounded piece of confidence,” Sarah says. “Evaluating yourself goes a long way in eliminating low self-esteem.”

Even if you’re not feeling terrifically confident, you’ve got a list of positive attributes you can reinforce during the application process and then take to your next job. (I like to think of this as the “fake-it-till-you-make-it” tip.)

Eat right, exercise, and stick to a sleep schedule.

Lots of studies suggest that exercise can help you deal with stress and help minimize depression. Yes, eating a good meal and hitting the gym might be just as important as sending out a job application. Additionally, maintaining a regular sleep schedule — even if you don't have a job to get up for — can help you be more productive and keep you feeling positive.

If you’re feeling really down, Michael suggests asking, “How much can I do today? Will an hour of exercise make me feel better and then allow me to accomplish more tomorrow?” Remember: Just 30 minutes of physical activity, five days a week, can help improve your mood and your sleep.

Forget about the anger.

“Only in the movies do you get to have a big fight and feel better,” Michael says. In reality? You don’t get to say much and might go on feeling angry or depressed for a long time — even after you get hired somewhere new.

It’s OK if these feelings linger, but the important thing, Michael says, is not to dwell on them. The more you focus on those feelings, the less you focus on the helpful steps we’ve mentioned: self-evaluation, taking care of yourself in a positive way, and assessing your strengths.

“The problem with using anger as a motivator — an ‘I’ll show them!’ — is you’re defining yourself in relationship to a negative workplace,” Sarah says. Instead, think about what was good, what was bad, and what you want your next job to be like.

Accept that it may have been a bad fit.

Hear us out: What if losing your job is actually okay because it leads you to discover that whatever you were doing wasn’t right for you? I cringe every time someone utters the clichéd, “When one door closes, another opens,” but it’s worth thinking about your larger life goals.

Take a frank look at your former job, just don't take it personally, Michael says. Were your co-workers jerks? Did you have nothing in common with them? Were there questionable company policies that were beyond your control? “Take this information with you into the job search and interview process: Don't just look for them to like you, but really pump yourself up for a good fit, Michael says.

This is tough because you may want to take whatever position you can get. Instead, continue to analyze your prospective new employer and keep your personal requirements in mind. For instance, if company culture is important to you, does the new job meet your standards? Or will you truly find this new work fulfilling six months down the road?

Realize your next job may not be The One.

Of course, we recognize there are financial constraints that may require you to take a job sooner than later — even if it's not a dream fit. Ground yourself in your reason for being at your job, Michael says. In moments of self-doubt, remember: You have something to offer. Do it diligently every day. When all else fails, know that you're not stuck at that job forever, and keep looking for what you really want to do.

Bottom line: Concentrate on what you do best and don't get weighed down by those creeping, insecure thoughts. You'll be back on your feet in no time.

This article, “The Most Productive Way To Bounce Back After Losing Your Job,” originally appeared on Greatist.