A lot of people think that military-civilian relations are strained. With every passing year, fewer and fewer Americans know service... 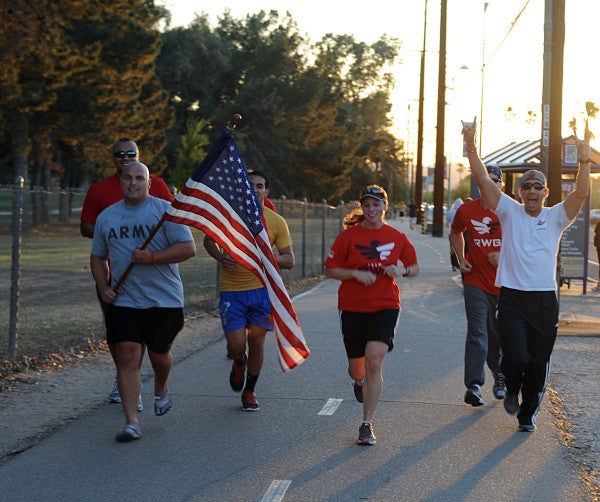 A lot of people think that military-civilian relations are strained. With every passing year, fewer and fewer Americans know service members personally. The truth is that most love the military. They just don’t understand the military.

It doesn’t help that as the military has downsized since the Cold War, a greater proportion of military bases are located in rural areas and the South, which already had strong military influences. This has increased the segregation of the military from the public it serves.

Some service members don’t really help things. Many in the military hold themselves up as intrinsically better than civilians. If they’re talking about physical fitness or shooting prowess, that might be justified. As a general moral judgment, that point of view is suspect.

If you hang around vets long enough, especially on social media, invariably you’ll hear some tale of woe where a civilian had no comprehension of the military or a veteran’s issue. Oftentimes thats a segue to a rant about how civilians just don’t understand, or worse, about how they’re lazy, stupid, or even un-American.

When veterans complain that civilians don’t understand them, they first need to ask themselves “Why?” First, one has to realize that very few people actually hate the military. Most have a very positive opinion of the military. If we at least accept that, then it follows that any of these civilian-military misunderstandings often fall just as much at the feet of veterans as they do at those of civilians.

That’s great, you say, but what does that have to do with me? Well, everything. It all starts with personal interactions. Even in military communities, the base often stands as an entity apart from the general population. The average civilian knows very little about the life of the average soldier, sailor, airman, or Marine. Seriously, though, this problem won’t fix itself. It will only be fixed by vets stepping up to the plate.

Luckily, in this case, “stepping up to the plate” doesn’t mean facing improvised explosive devices, enemy fire, or even a forward operating base’s crappy wi-fi. In this case, all it means is being a regular person now and then.

As a former long-term resident of Jacksonville, North Carolina, home of Camp Lejeune, somewhat infamous in the Marine Corps as a less-desirable duty station, I was often confronted with the claim that there was nothing to do there. That was in spite of having a major university within a 45-minute drive, not to mention several beaches and other tourist attractions within a short distance.

The local men were “rednecks” and the women were “skanks,” if you asked many of the Marines there. While in individual cases, this was probably true, speaking to general daily life, this attitude was stupid and shortsighted.

In truth, there are plenty of things to do near Lejeune. Not only there, but at every duty station, save perhaps Diego Garcia or Kwajalein. There’s no excuse for having no life outside work.

Today there are Meetup.com and similar platforms that allow people to find others in their area with just about any conceivable interest. Most areas have any number of local groups and clubs if you look for them, be those fraternal or philanthropic. There is really no reason for being alone in one’s barracks room or to complain that there’s nothing to do in an local area. Whether it’s in a running (or drinking) club, like the Hash House Harriers, or a sports club, like flag football, softball, rugby, or even my personal favorite, Australian rules football, there’s almost always something to do and people to meet if you actually try.

Beyond just the benefit of actually having something to do, these activities also improve the civil-military relationship.

The reason civilians don’t understand the military is not because of avarice. It’s because of ignorance. Service members stay in their barracks rooms or usual military hangouts every weekend, then they complain that the town their base is in sucks and that no one outside the military understands them.

The only difference between service members and civilians is taking the oath. That’s a huge difference, admittedly, but not an insurmountable one. Most vets have parents, sisters, and brothers who aren’t in the military. They don’t look down on those people, but other civilians are sometimes subjects of disdain.

Each person outside the military in your social circle is one more person who understands the ups and downs of military service. Yes, many times your new civilian friends will ask seemingly ridiculous questions about military life, but eventually each one becomes another bridge between the military and the civilian communities.

Just as important as the macro picture of civil-military understanding is the micro picture — getting away from the military Big Green Gun Club is good for your sanity. While it’s important to have military comrades who understand the trials and tribulations of service, it’s also very relaxing and recharging to hang out with people who aren’t constantly talking about deployment workups.

And of course, eventually everyone in the military quits, gets fired, or dies. If you leave the military for either of the first two reasons, you will join civilian society again. Unless you want to be known as the crazy vet at the end of the lane, you have to learn to live life among regular people again. Socializing with civilians takes some of the edge off the moto. Not to mention, having some contacts that aren’t military helps with the inevitable job search. So get off the Playstation, go outside, and go meet some people without high-and-tights.