Professional fighters and athletes spend their careers preparing for the brief moments in the ring or on the field. But... 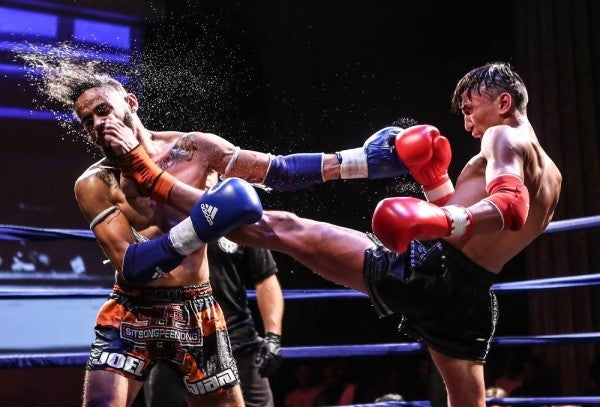 Professional fighters and athletes spend their careers preparing for the brief moments in the ring or on the field. But what happens after the match, or the game, when the athletes hang up their gear and step out of the limelight?

This is what interests Anthony Geathers, a sports photographer and former Marine infantryman.

A longtime fan of competitive sports and sports photography, Geathers was drawn to the industry after leaving the Marines in 2012. While on active duty, he deployed twice with 1st Battalion, 6th Marines, to Helmand province, Afghanistan, taking part in the offensive to clear the Taliban-held city of Marjah from 2009-2010, and later to Kajaki and Sangin from 2011-2012.

The 25-year-old photographer lives in Brooklyn, New York, and attends the School of Video Arts in Manhattan. Since he started shoot professionally in 2012, Geathers’ photos have been used by Adidas and appeared on espnW and in The Players’ Tribune.

While Geathers covers a wide range of sports, his photos of mixed martial arts show an enthusiasm for following the story that takes place out of the spotlight.

For Geathers, it’s not enough to just capture a powerful moment in the ring. He wants to get at what happens behind closed doors. That takes time and patience.

“The way I work, I’ll spend whatever amount of time I need to in order to get to know that person,” says Geathers, who explains that in some cases, his work is compiled over several years.

“There’s a lot of interesting stuff behind the lights and closed doors; there’s a lot of emotion,” says Geathers. “All of these athletes work hard and they go through bumps and bruises and pain and agony, they put themselves in harm's way, to try to provide a little for their family. All of these emotions and of these things going on beyond the ring, just kind of attracts me.”

Check out more of Geathers’ incredible photos below.

Rising heavyweight boxer Jarrell Miller, left, working with one of his trainers, Aureliano Sosa, in preparation for his 14th pro bout in September 2015.

A backstage photo of welterweight boxer Chris Algieri, from fight night on Dec. 5th, 2015, at the Barclays Center in Brooklyn, New York.

David Branch, right, hits a speed bag during his last days of camp with his long-time boxing coach Leonard Wilson.