As a Green Beret serving in Afghanistan, Greg Adams assembled teams of local Afghans to defend their village. Now as... 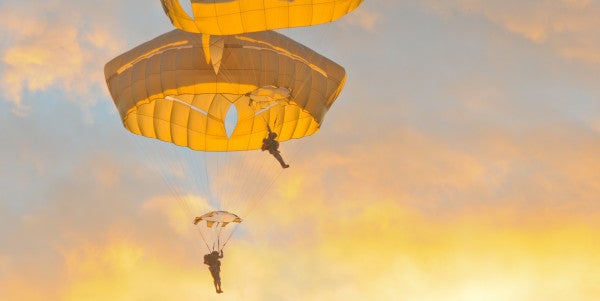 As a Green Beret serving in Afghanistan, Greg Adams assembled teams of local Afghans to defend their village. Now as a civilian, Adams is building a team to tackle an even larger security challenge: making the world a safer place.

Adams and his colleagues, Chris Hurst and Stephen Riley, are co-founders of the technology startup Stabilitas. Through Stabilitas, this trio is leveraging their 25 years of combined experience in the Army to build a company focused on revolutionizing the safety and security industry.

The journey of the Stabilitas founders from the military to civilian entrepreneurship offers unique lessons about transition. Adams identifies these lessons as 1) take chances; 2) make your own luck; and 3) play the cards you’re dealt.

Adams graduated from the U.S. Military Academy at West Point in 2001, served as an infantry officer in Iraq and completed the Special Forces selection process in 2005. After leaving the Army in 2011, he was accepted to Harvard for graduate school. It was during his time at Harvard studying development economics and business that he reconnected with Hurst, a former West Point classmate.

In the Army, Hurst led a dive team and worked as an operations officer in U.S. Central Command. When he reconnected with Adams, he was completing his own graduate degree at Harvard, prior to starting a fellowship as enterprise risk manager at Mercy Corps, a non-governmental organization providing transitional aid 42 of the world’s most difficult countries — those experiencing natural disaster, economic collapse, or conflict.

Though Hurst and Adams had amassed impressive educations and stunning military experience, they simply weren’t interested in pursuing traditional career paths; they wanted to take a chance on something different. The two had similar passions for helping others in the world and rallied around several shared observations that granular security information is hard to get and that businesses, governments, nonprofits, and multi-laterals could be much more effective via better coordination.

After thesis work on big data for security purpose, the two formally launched Stabilitas and devoted their expertise to international development projects as consultants, but soon found that their time and energy did not scale to deliver a large enough impact. The duo wanted to do more and began exploring ways to have a greater influence on international safety and security. Through trial and error they identified a need for actionable, current data about global security.

Make your own luck

While the team explored options, Adams attended Patriot Boot Camp, a free entrepreneurship training program for military veterans in April 2014. It was through this program that Greg met Riley, another Army veteran.

Riley had an impressive technology background, with undergraduate and graduate degrees in computer and software engineering, and was attending Patriot Boot Camp in search of a new professional adventure. He quickly found common ground with Adams.

Riley’s experience as an Army officer leading convoys in Iraq gave him a unique perspective on the need for location-specific threat information. He was excited about the idea of leveraging emerging technologies to provide innovative solutions for safety and security. In Riley, Hurst and Adams found the technical co-founder they needed to build up Stabilitas and bring their vision to the market.

With a bit of luck, this founding team came together and set Stabilitas on a path to improve situational awareness for governments, businesses and nonprofits. The first product these entrepreneurs launched was an app to serve as a panic button for travelers.

The Stabilitas team began leveraging their backgrounds in the military to fulfill a unique market opportunity that they understand. From their shared coworking space in Seattle the three co-founders explored ways to adapt their early product and grow the business. As they investigated options for gaining traction with customers and building the Stabilitas brand they began to consider Techstars.

Techstars is a technology accelerator that runs 13-week programs all over the world to assist aspiring entrepreneurs as they launch products and obtain early customers. The program is very intense and highly competitive, with a 1% selection rate.

Prior to meeting Riley, Stabilitas had applied to the Boston and Seattle Techstars programs, but weren’t selected. With an experienced technologist on the team, Stabilitas was chosen to attend the San Antonio Techstars program. In May, 2015 the trio relocated to Texas to attend Techstars Cloud and started rapidly iterating on their product.

The team members used their expertise in safety and security to begin building a platform to collect, store, and analyze global risk data — like storms, disasters, political unrest, or terrorism. They combined this powerful analysis engine with their mobile app to create a new smartphone offering. Stabilitas enables users to be warned when critical events happen, to take action, or avoid particular areas. In a crisis, the app can serve as a lifeline to help.

Today, Stabilitas is adding members to their team and deploying their safety and security product to an assortment of international customers. The early success of this startup is a result of the hard work and dedication invested by the co-founders. The triumph of Stabilitas is an example of how comrades in arms can leverage their shared background to tackle civilian challenges and do their part to make the world a safer place.