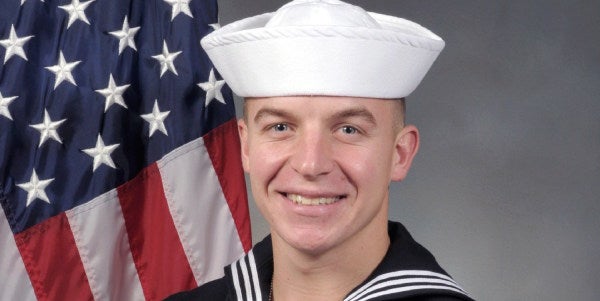 A sailor who died while training to become a SEAL in Coronado, California, on May 6 was the victim of homicide by drowning, according to a report released by the San Diego Medical Examiner.

Seaman James Derek Lovelace, 21, had been in his first week of training at the famously tough Basic Underwater Demolition/SEAL course when he died during introductory water training.

Thirty-eight minutes into a pool training session in boots and utility uniforms, according to the report, Lovelace was observed to be in distress and quickly pulled from the water. While Lovelace was initially awake and verbally responsive, he became unresponsive shortly after being pulled from the pool. Despite “aggressive” attempts to resuscitate him including chest compressions, the report says, he was pronounced dead within an hour at Sharp-Coronado hospital.

The report comes as a Naval Criminal Investigative Service investigation into Lovelace's death is still ongoing.

An NCIS spokesman, Ed Buice, told Military.com it wasn't clear how long the investigation would take to complete.

“It is important to understand that 'homicide' refers to 'death at the hands of another' and a homicide is not inherently a crime,” he said in a statement.

“The nomenclature of the autopsy report does not signal that the Naval Criminal Investigative Service investigation into Seaman Lovelace's death has culminated, nor that conclusions have been reached regarding criminal culpability,” Buice added.

Naval Special Warfare Command spokesman Lt. Trevor Davids told Military.com that a swim instructor “who was very close to the event” had been placed on administrative duties following Lovelace's drowning and is no longer an instructor. No other administrative or punitive actions have taken place, however, ahead of the completion of the NCIS probe.

“We respect the investigation and the process,” he said.

According to the medical examiner's findings, which were obtained by Military.com and first reported by Navy Times, the trainees had been in a “combat swimmer orientation” water exercise, in which they treaded water in fatigues and boots with masks filled with water as instructors splash, make waves, and yell.

Though instructors are told not to dunk students or pull them under, video surveillance of the exercise captured by NCIS showed one of the instructors apparently dunking Lovelace underwater, then following him around the pool and splashing him with water.

During a five-minute period of this splashing, Lovelace's head went under the water multiple times, Medical Examiner investigator Angela Beneficiel wrote. At one point, the video shows a student apparently attempting to help Lovelace keep his head above the water. But after that, an instructor again appeared to dunk him and follow him in the water.

Lovelace was not a strong swimmer to begin with, the report found. He had been prescribed Singulair to treat asthma almost a year before.

Most notably, the report found that multiple witnesses had observed Lovelace struggling during the water exercise.

“Multiple people stated that his face was purple and his lips were blue,” forensic pathology fellow Kimi Verilhac wrote. “One individual was even reportedly considering calling a 'time-out' to stop the exercise.”

The report found Lovelace's death was a homicide and determined that multiple people, all unnamed, could have acted to prevent it.

“Although the manner of death could be considered by some as an accident, especially given that the decedent was in a rigorous training program that was meant to simulate an 'adverse' environment, it is our opinion that the actions, and inactions, of the instructors and other individuals involved were excessive and directly contributed to the death,” Verilhac wrote.

The Virginian-Pilot reported earlier this year that Lovelace was the fifth SEAL trainee in four months to lose consciousness during a pool training exercise.