A group of veterans have joined together in an effort to collect data from more than 100,000 veterans about their... 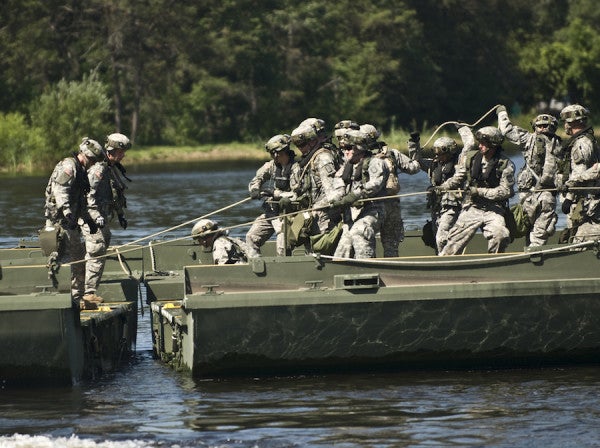 A group of veterans have joined together in an effort to collect data from more than 100,000 veterans about their military transition experience. Through an online survey available at Military-Transition.org, the group’s aim is to better understand the challenges veterans face when they leave the service. Since June 2015, the site has had a roughly 1,000 veterans participate across all the services and ranks.

As of April 2016, nearly 48% of those surveyed said their transition was “more difficult than expected.”

“This is an interesting metric, but not surprising having worked with service members for many years. It becomes interesting when you look at this data by sub groups; an example might be junior or mid-level enlisted,” Brian Niswander, founder of Military-Transition.org, told Task & Purpose.

Because of the comprehensive nature of this survey, the group has developed an interactive dashboard that allows viewers to filter the data based on military branch, rank, years of service, education level, military specialty, age, and gender, to find specific details about military transition.

Related: What does the term “transition” really mean anyway? »

The context in which these results were obtained adds a layer of information not previously provided by other transition surveys, according to Niswander.

What the dashboard does now is allow people to compare specific groups to the larger veteran population.

“Understanding these differences is when the data becomes interesting and this allows our tool to add the greatest value,” Niswander said.

It shows how different groups fare in transition across a number of areas, including jobs, finances, and reasons for separating from the military in real time.

Niswander plans to keep the survey open for years to come, which will allow the site to track long-term trends in military transition.

If you’re interested in participating in the survey, it takes under 10 minutes and can be found here.