With less than a year remaining before our next round of elections, veterans are voicing their concerns about the declining... 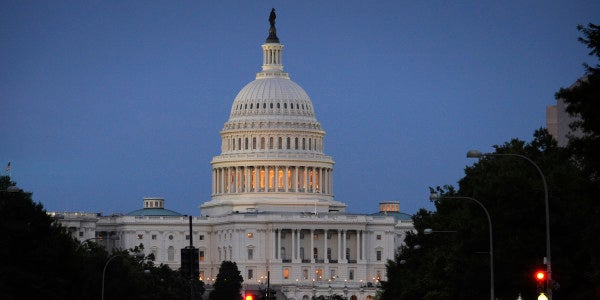 With less than a year remaining before our next round of elections, veterans are voicing their concerns about the declining number of elected officials with military experience. After all, veterans are the only Americans who have risked their lives for the country; they are the only ones who truly understand sacrifice and who know how to make tough decisions — or so the story goes. While most would agree that military service generally contributes favorably to a politician’s skillset, we must also recognize that other traits and backgrounds are equally valuable to possess and equally critical for Congress to represent. As the representative body for the people, Congress ought to look and think like the people. Unfortunately for the veteran movement, veterans are already overrepresented in Congress by a factor of two, while other important groups remain grossly underrepresented.

Diversity isn’t about affirmative action or checking the politically correct box; it is about fostering a community of open-mindedness, shared ideas, and healthy debate — concepts that are proven to result in better decisions and more effective teamwork. I never fully appreciated the immense value of diversity until I left the Marine Corps (93% male, 71% white, 100% American, 100% military) and dove into one of the most diverse educational programs in the world: Harvard Business School (40% female, 24% minorities, 71 countries, 51 industries). It was immediately evident that not everyone in the world thinks like the average, white, American, military man. More importantly, I started to realize that my opinions on most subjects were strongly biased by my own unique experiences and perspective — and that perhaps a few of my opinions were actually wrong.

Numerous studies have measured the impact of diversity on team performance, and the results show that diverse teams outperform those with more homogeneous composition. Diverse teams also tend to produce better science, more profitable companies, and higher economic growth. If all this data weren’t enough to convince us that Congress would stand to benefit from increased diversity, simply recall some of the abysmal decisions made by our Congress when it was nearly 100% white Christian men. Those congresses thought it appropriate that women should not vote and that African Americans were at best three-fifths as human as whites. Perhaps some female and minority opinions would have been good for those discussions.

Congress has certainly made progress toward diversity in recent decades, but the fact remains that our legislators simply do not look like America. For starters, women outnumber men in America, yet only have a 20% representation in Congress. Racial minorities including African Americans, Hispanics, Asians, and Native Americans hold only about half as many congressional seats as their representative shares of the population. Over 90% of Congress associates with a Christian faith, while Christians account for only 71% of Americans. The stats go on and on.

Another way to evaluate diversity is to look at the professional backgrounds of our legislators and assess how well suited they are for handling the nation’s most relevant issues. Nearly one-quarter of the federal budget is devoted to health care, yet less than 6% congressmen and congresswomen report to have a background in health care. And because the U.S. healthcare industry is largely privatized, the federal budget doesn’t fully approximate the true gravity of healthcare issues in America — nor are our largest healthcare provider networks managed by high-ranking government officials with direct access to Congress or the president.

Defense spending comprises only 15% of the federal budget, while 19% of members of Congress have military experience. And let us not forget that the military is an organization completely contained within the government itself, with hundreds of senior officials who regularly advise our legislators in an official capacity. It’s hard to argue that we need more veterans, likely with far less experience and information than our senior commanders, weighing in on U.S. military strategy.

Aside from how the government allocates its funds, other indicators suggest that America has more pressing concerns than national defense or veterans affairs. According to an October Gallup poll, 42% of Americans’ indicated that social issues (violence, racism, welfare, etc.) are our nation’s most important problems. Another 33% indicated economic issues (unemployment, budget deficit, etc.). Only 13% of responses included military or defense-related issues. The most popular policy issues for the upcoming elections, according to Google Trends, are currently immigration, education, taxes, the economy, and gun control. Although national defense is certainly a critical government function, there are other issues that also need attention, and we need the right people available to make those policy decisions as well.

Veterans and service members advocating for military issues is an important component in holding politicians accountable for their decisions, but we as veterans cannot neglect to support the other ideas and institutions that make America worth fighting for. Our oath to support and defend the Constitution extends much deeper than physical defense from enemy threats. We must support the idea that all men and women are created equal. We must defend racial, ethnic, and religious minorities from implicit discrimination. We must ensure that our healthcare, education, and other systems have representative voices in policy making. We must demand a Congress that takes care of the 2.2 million in uniform while also serving the needs of the other 319 million Americans — all of whom play their own parts in making our great country a place worth coming home to.

A more diverse Congress would strike a better balance between those who are too close to the issues to see the big picture and those with more objectivity. In the case of national defense, it is important to hear from folks who have endured the heat of combat, but it is equally important to listen to those who aren’t so close to the tolls of war. The unfortunate fact of the matter is that we as a nation may have to make tough decisions that require sacrifice — the very type of sacrifice all veterans were willing to silently make so that our fellow Americans would continue to live free and prosper in our absence.

Although the currencies may be different, all policy issues must receive this same sort of balanced debate. Having more women, more minorities, and more diverse representatives in Congress would be one giant leap toward a goal that any patriotic veteran should appreciate: an effective decision-making body that truly represents America.

Correction: An earlier version of this article incorrectly listed the white population of the Marine Corps as 90% (12/18/2015).