One Reason We Have Endless War: We Pay For Conflict Differently Than We Used To 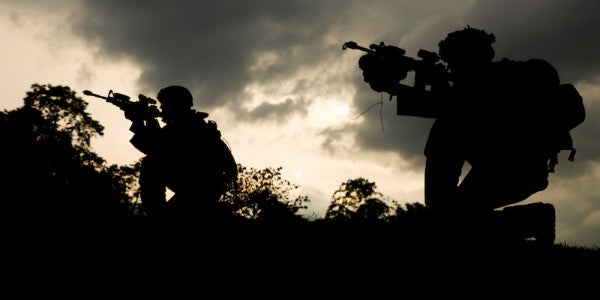 In the days after the attacks of September 11, 2001, President George W. Bush famously stood in New York City in the rubble of the destroyed World Trade Centers, held a bullhorn, and said, “I can hear you, the rest of the world hears you, and the people who knocked these buildings down will hear all of us soon.” In the days that followed, he also urged Americans to “get down to Disney World in Florida . . . take your families and enjoy life, the way we want it to be enjoyed.” Americans, he urged, should not hunker down and make gestures of sacrifice but return to normalcy.

Consistent with this tone, the government cut taxes; and efforts to introduce a “share the sacrifice” war tax to pay for military action in Iraq in 2007 and Afghanistan in 2009 in response to the attacks were restricted to political theater of renegade anti- war members of Congress. Responding to these war tax proposals, Representative Jerry Lewis (R- CA) said that Americans were “already being taxed to death” and would be hostile toward any type of new tax, including a war tax. Democrats themselves “ran away from this idea as fast as you can say the words ‘Republican majority.’” The result is that the government has financed the wars in Iraq and Afghanistan entirely through borrowing.

Financing these recent wars through debt could not have been more different from earlier experiences when wars meant taxation. In 1914, three years before America’s direct involvement in World War I, President Wilson urged war taxes as a way to fund defense preparations: “Borrowing money is short-sighted finance. We should pay as we go. The industry of this generation should pay the bills of this generation.” Despite trying to gain the American people’s acquiescence to enter the war and later to maintain their support throughout the war, the Wilson administration levied a series of war taxes before, during, and after the war, amounting to about one- third of the war’s costs. The public was no less deterred from the war or war taxes at that time than they had been in the Spanish- American War, when editorials proclaimed that the populace would “cheerfully pay the cost” in war taxes.

Why, when Wilson was aiming to recruit support for the war from a reluctant public, did he introduce measures such as a hefty war tax that recent leaders have considered politically toxic? Why was the public so magnanimous in its willingness to contribute its own resources? By contrast, why did recent leaders not use the crisis of war, often employed as the entrée for introducing war taxes, in the aftermath of 9/ 11 to extract resources from the populace in a way that had been customary in the past? More generally, what explains shifting attitudes toward bearing the financial burden of war, moving away from war taxes— and the consequences of that shift?

The starkly different approaches are the result of public attitudes toward wartime fiscal sacrifice that vary depending on the underlying type of war and state-society relations, in particular the role of taxation in the nation’s social and political life. As Scarlett O’Hara said in Gone with the Wind: “Death, taxes and childbirth! There’s never any convenient time for any of them.”

But there are less inconvenient times than others. That innate antipathy toward the inconvenience of taxation can be dislodged by certain types of wars and state-society relations. When these factors combine to make the public cost sensitive, leaders have pursued forms of war finance that anticipate opposition and minimize constraints on the way they use force.

In the post-1945 world, the public has become almost uniformly unforgiving of fiscal sacrifice, which explains leaders’ increased tendency to rely on less visible forms of finance such as borrowing. Leaders have, in turn, increasingly operated without the decision- making constraints that were in play in many earlier wars when individuals were more directly involved in the costs of war. It is no surprise that American wars since that shift in the latter half of the twentieth century have become increasingly costly and protracted, an observable implication of the unraveling link in accountability between legislators’ decision making and the public’s financial burden that democratic theorists have long believed distinguishes democracies from non-democracies when it comes to the conduct of war.

Excerpted with permission from Taxing Wars: The American Way of War Finance and the Decline of Democracy(New York: Oxford University Press, 2018), by Sarah E. Kreps, who isan associate professor of government, adjunct professor of law, and Milstein technology fellow at Cornell University. She has written widely on international security, including three previous books: two on drones and one on post-Cold War military interventions. From 1999 to 2007, she was an officer in the United States Air Force. All rights reserved.