Deputies smelled "a strong odor of marijuana" coming from the SUV. 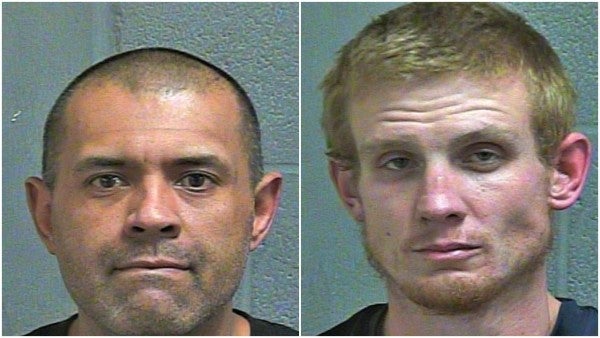 Two hapless sons of Missouri probably didn't get the memo that just because the Air Force's motto is “Aim High,” that doesn't mean you can roll up to the front gate of an air base with your car reeking of weed, with baggies full of pot, a box full of bongs, and a Glock inside.

But that's exactly what Jose Avila, 42, and William Kuper, 30, are alleged to have done on Dec. 30, on their way home from California.

Both men told Oklahoma County Sheriff's Office deputies they were trying to get to a transmission shop on the other side of Interstate 40 when they arrived at the gate of Tinker Air Force Base, Okla. at 7:14 that morning, according to an incident report obtained by Task & Purpose.

When they rolled down the windows of their red Chevy Tahoe, the base security officer smelled “a strong odor of marijuana” coming from the SUV, according to the report.

When sheriff's deputies arrived to the scene, Avila and Kuper said they hadn't smoked in the Tahoe. But on closer inspection, the deputies found the following:

Oklahoma City news station News 9 reported Oklahoma County Sheriff's Office spokesman Mark Myers as saying that the product appeared to have been purchased at a dispensary in Los Angeles of Las Vegas.

Both men face charges of possession of marijuana with intent to distribute. They have since been bonded out of jail and returned home to Missouri, News 9 said.