Wanna get on TV? The Marine Corps is holding auditions for its upcoming recruiting commercial 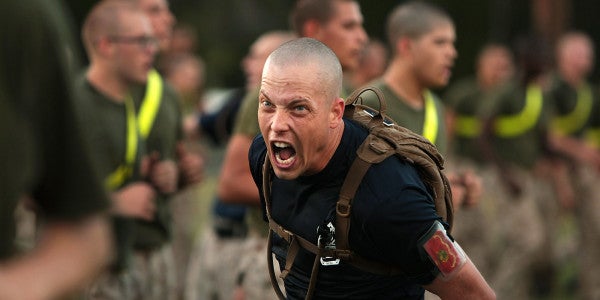 The Marine Corps wants you to, well, play you in their upcoming recruitment commercial.

So far, 80 Marines have auditioned for a spot in the service's latest “Battles Won” recruiting campaign, Military.com reported on Wednesday. For those out on the East Coast, the first round has already come and gone, with auditions taking place on Camp Lejeune in North Carolina on Monday and Tuesday. However, auditions are open Thursday and Friday for Marines on the West Coast.

The auditions are taking place at the Pacific Views Event Center, at Camp Pendleton, California — that's the SNCO/Officer club on base — between 8 a.m. and 4 p.m. on both days.

Those looking for their chance to become “Hollywood Marines” need only show up to audition, assuming they meet a few requirements: You must be between 18 and 27 years old and be able to “take professional direction as required to achieve the desired campaign outcomes,” which basically means: follow orders. Given that everyone applying made it through boot camp, that's not asking much.

Additionally, you'll need to get permission from your command to go to Marine Corps Recruit Depot Parris Island in South Carolina, and to Atlanta, between Feb. 27 and March 1, when the commercial will be shot.

“The Marine Corps Recruiting Command is looking for Marines who can communicate our message of aspirational service to the young men and women who share our fighting spirit,” Gunnery Sgt. Justin Kronenberg, a Marine Corps spokesman, told Task & Purpose. “Several Marines from these casting calls will be selected to appear in our new commercial, and there is opportunity for many others to be featured in other marketing materials and campaigns.”

This will be the latest installment in the Corps' “Battles Won” recruitment campaign, and will focus on the transition that takes place during Marine Corps Recruit Training where wide-eyed civilians, become perpetually stressed, frightened, and awkward recruits, before finally graduating as newly minted (meaning boot) Marines.

In addition to appearing in a recruiting ad, the Corps is looking for candidates to showcase on billboards, and in other marketing spots, like online ads.