Matthew Dmitri Richardson faces between 5 and 20 years in prison if convicted. 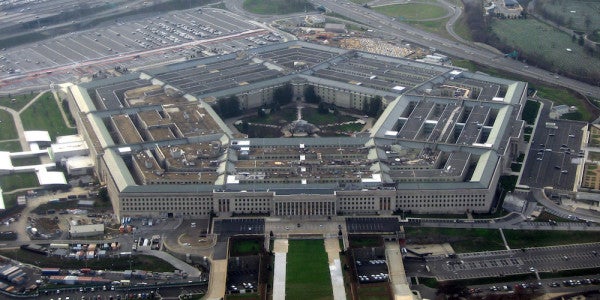 A man is accused of trying to blow up a service member’s vehicle in the Pentagon’s north parking lot on Monday, according to the Justice Department.

A police officer saw Matthew Dmitri Richardson, 19, allegedly striking a cigarette lighter to a piece of fabric that had been stuffed into the vehicle’s gas tank as a wick, the U.S. Attorney’s Office for the Eastern District of Virginia announced on Tuesday.

Richardson allegedly told the police officer that he planned to “blow this vehicle up” and “himself” along with it, a U.S. Attorney’s office news release says.

When the officer tried to take Richardson into custody, he allegedly ran onto Virginia State Route 27 and jumped over a fence into Arlington National Cemetery, where he was later found and arrested near Arlington House.

Police found that Richardson had a cigarette lighter, gloves, and court documents stemming from his Feb. 22 arrest for allegedly assaulting an Arlington County law enforcement officer, the news release says.

The U.S. service member who owns the vehicle in question said he does not know Richardson, the news release says.

Richardson, of Fayetteville, Arkansas, is charged with trying to set the vehicle on fire and affecting interstate and foreign commerce, according to the news release. He faces between five and 20 years in prison if convicted.