“She was in the military, and for her to get killed in her own neighborhood where she was born and raised — it doesn’t sit right with us at all.” 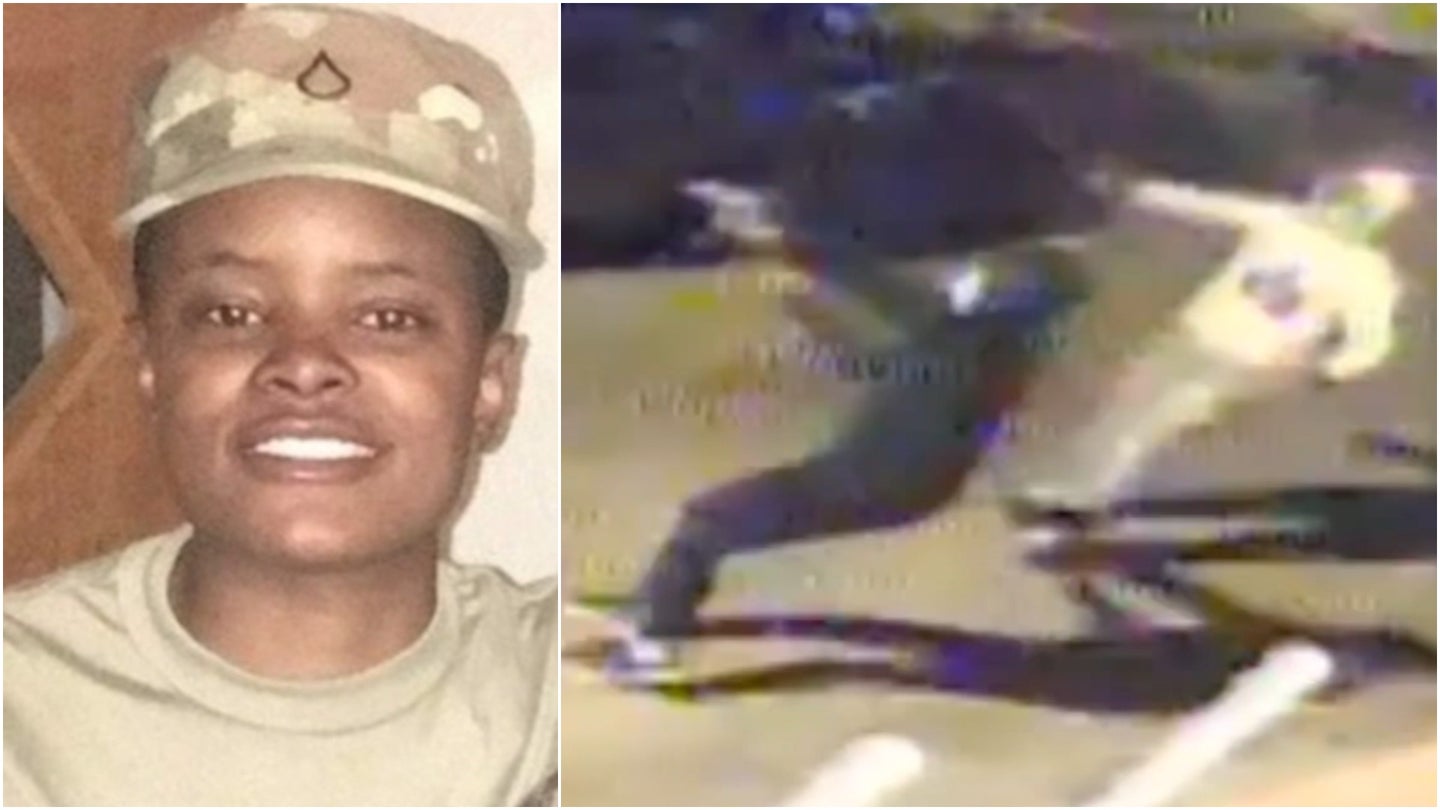 Philadelphia police have released surveillance footage that captured the fatal shooting of a Pennsylvania Army National Guard soldier in November in an effort to identify the two gunmen who appeared to ambush her.

Shaquira McCottry, 27, was shot and killed in Philadelphia on Nov. 10 on the same block where she was born and raised, local ABC News affiliate WPVI reported at the time.

Surveillance footage released by Philadelphia police shows McCottry walking down her street when two unidentified suspects rapidly approached her and fired off several rounds before fleeing the scene on foot.

“We found 22 spent shell casing many just feet away, some just inches away from where she was laying, which is an indication that the shooter or shooters were firing shots of her at very close range,” Philadelphia Police Chief Inspector Scott Small told WPVI.

McCottry’s aunt told WPVI that she had traveled from Atlanta to visit family when she was killed.

“Shaquira – she was beautiful,” Leslie McCottry said. “She was in the military, and for her to get killed in her own neighborhood where she was born and raised — it doesn’t sit right with us at all.”

The Philadelphia Police Department is currently offering a $20,000 reward for any information the leads to an arrest or conviction. Anyone with information should contact the PPD Homicide Unit at (215) 686 3334.

Warning: the following footage is graphic