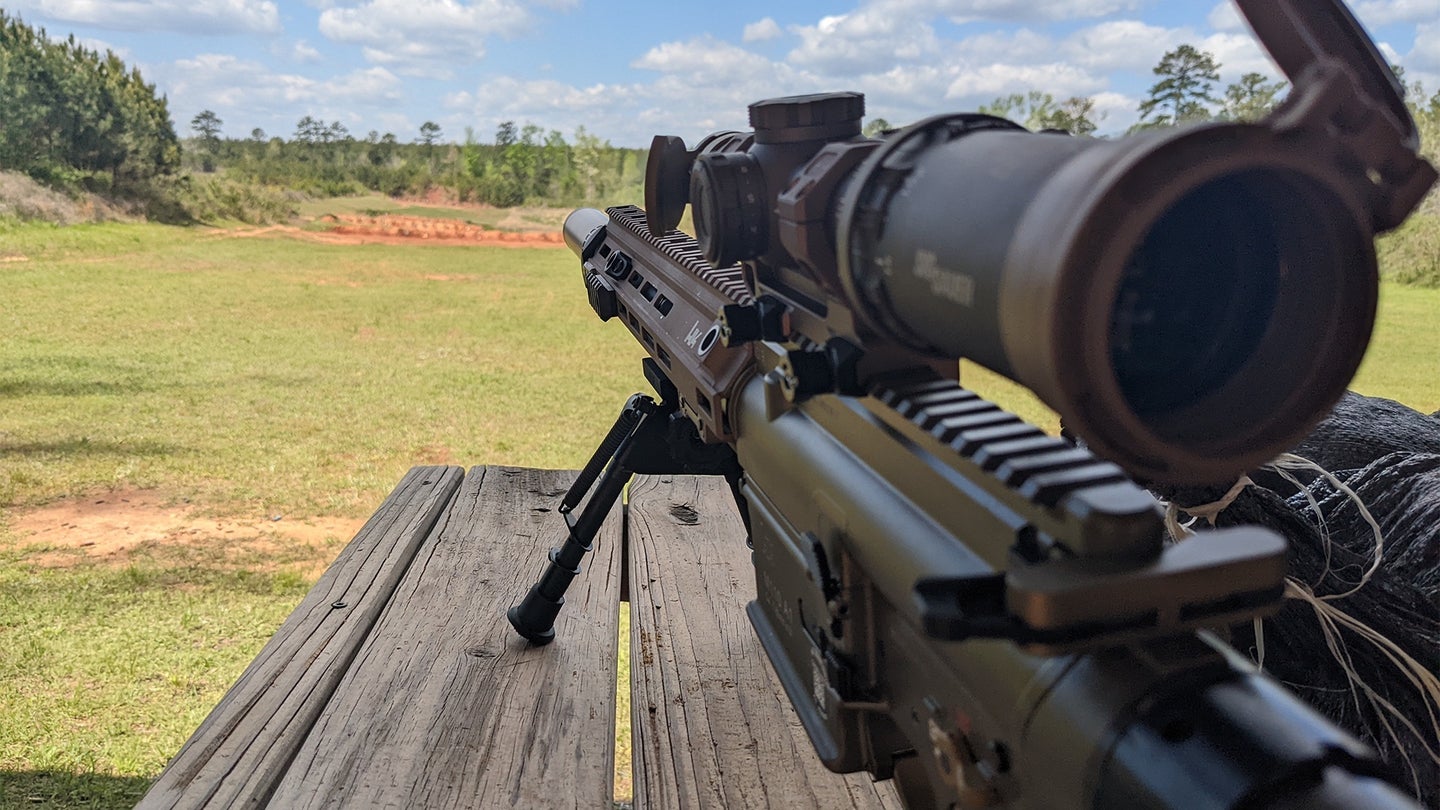 The Squad Designated Marksmanship Rifle is tested on a range at Robins Air Force Base, Ga., April 13, 2022. The SDMR is a semi-automatic, 7.62x51mm caliber rifle designed by Heckler & Koch for missions requiring combat over-watch with precision-fire capability to accurately engage targets up to 600 meters. (Shaun Ferguson/U.S. Air Force).
SHARE

The Air Force will be the latest branch to start fielding the new squad designated marksmanship rifle.

In a statement last week, the Air Force announced that it is finalizing delivery and fielding of approximately 1,446 of the rifles.

Built by Heckler & Koch, the semi-automatic 7.62mm rifle was first designed for the Army as a means to fill the gap between the standard issue rifle and sniper rifle in engaging targets at 300-600 meters. The rifle can accurately engage targets up to 600 meters and is designed for missions requiring combat overwatch and precision-fire capability.

“This weapon is an upgrade to the whole squad layout, and you can even work it in to combined arms warfare.” said Army Sgt. Patrick Nissen, a scout from the Brigade’s 5th Squadron, 7th Cavalry Regiment, in a June 2020 statement. “I shoot long range, both in the Army and recreationally, and I really like getting down behind this weapon, it is very comfortable, it is a great rifle, and I really do enjoy it.”

For the Air Force, it will serve in missions “requiring combat over-watch with precision-fire capability” with multiple units.

For Air Force security forces, the new rifle is replacing the M24 Sniper Weapons System. It will also replace the M110 Semi-Automatic Sniper System with pararescuemen and guardian angels who conduct personnel recovery.