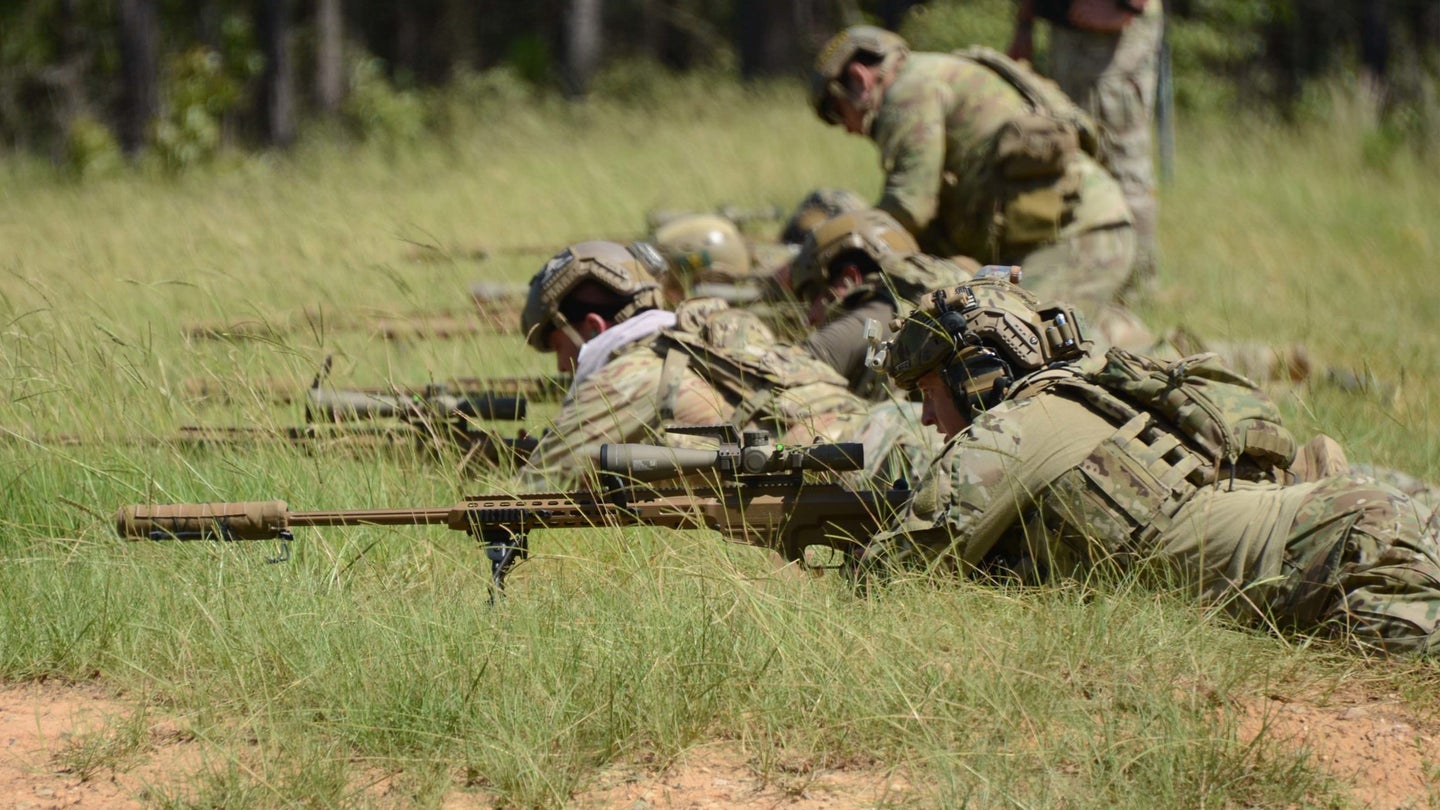 While most Army snipers will have to wait until next year to finally get their hands on the service’s next-generation sniper rifle, U.S. Special Operations Command has already started delivering the new system to special operations soldiers, a service official told Task & Purpose.

The Army recently completed the final testing hurdle for the MK-22 Precision Sniper Rifle, which the service adopted from the Barrett Multi-Role Adaptive Design (MRAD) rifle that’s become the apple of the U.S. military’s eye in recent years.

“Qualified Paratroopers from the 82nd Airborne Division participated in the static line drop test, while SOF members from across USASOC executed the military freefall portion of the evaluation,” said Peter Rowland, a spokesman for the Army’s Project Manager Soldier Lethality.

Rowland added that the first Army unit outside of special operations will receive the MK-22 in Feb. 2022, though SOCOM “has already started fielding this rifle.”

The MK-22 is intended to replace the M107 and M2010 Enhanced Sniper Rifle in the Army’s arsenal.

Army budget documents say the PSR will provide “extended effective range by [300] meters over M2010 Enhanced Sniper Rifle out to [1,500] meters, which increases stand-off distance ensuring overmatch against enemy counter-sniper engagements.” The rifle will also be lighter in weight than the M107 and offer improved accuracy.

Part of the beauty of the MK-22 is its ability to be configured for multiple calibers — 7.62×51 mm NATO, .300 Norma Magnum, and .338 Norma Magnum, with the help of a conversion kit — cutting down on how much equipment snipers need in the field.

“The PSR is a very versatile weapon system that can be tailored to meet multiple mission requirements,” said Spc. Nathanael Keffer, a sniper with 2nd Battalion, 508th Infantry Regiment.

As The War Zone previously reported, the MRAD “allows for the rapid removal of the trigger assembly for easy cleaning or replacement with another module altogether.” The PSR also includes a sound suppressor and “direct view optics with fire control capabilities,” allowing snipers to go “virtually undetected in any light condition” when also using the thermal sensory system or clip-on image intensifier.

In March 2019, SOCOM awarded a $49.9 million contract to Barrett to adopt the MRAD as one component of the PSR system. Last year the Army announced that it was planning on buying roughly 2,800 PSR systems over the next five years for Army snipers and explosive ordnance disposal (EOD) specialists.

One sniper with the Headquarters & Headquarters Company, 2nd Battalion, 325th Infantry Regiment said he was “surprised at the accuracy and the straightforward approach” during the rifle’s testing. Copley, the MK-22 Project NCO, said the weapon will be “more conducive” to airborne snipers’ combat environment.

“Every sniper in the U.S. Army will be employing the very best system available,” Rowland said. “And we are excited to get this phenomenal weapon out to the greater force.”

Correction: This article previously stated that Barrett was awarded a $49.9 billion contract to adopt the MRAD as one component of the PSR system. That was incorrect. The contract was for $49.9 million.