Biting strippers, UFOs, and a bad Army-Navy take: This is the Pentagon Holiday Run-Down 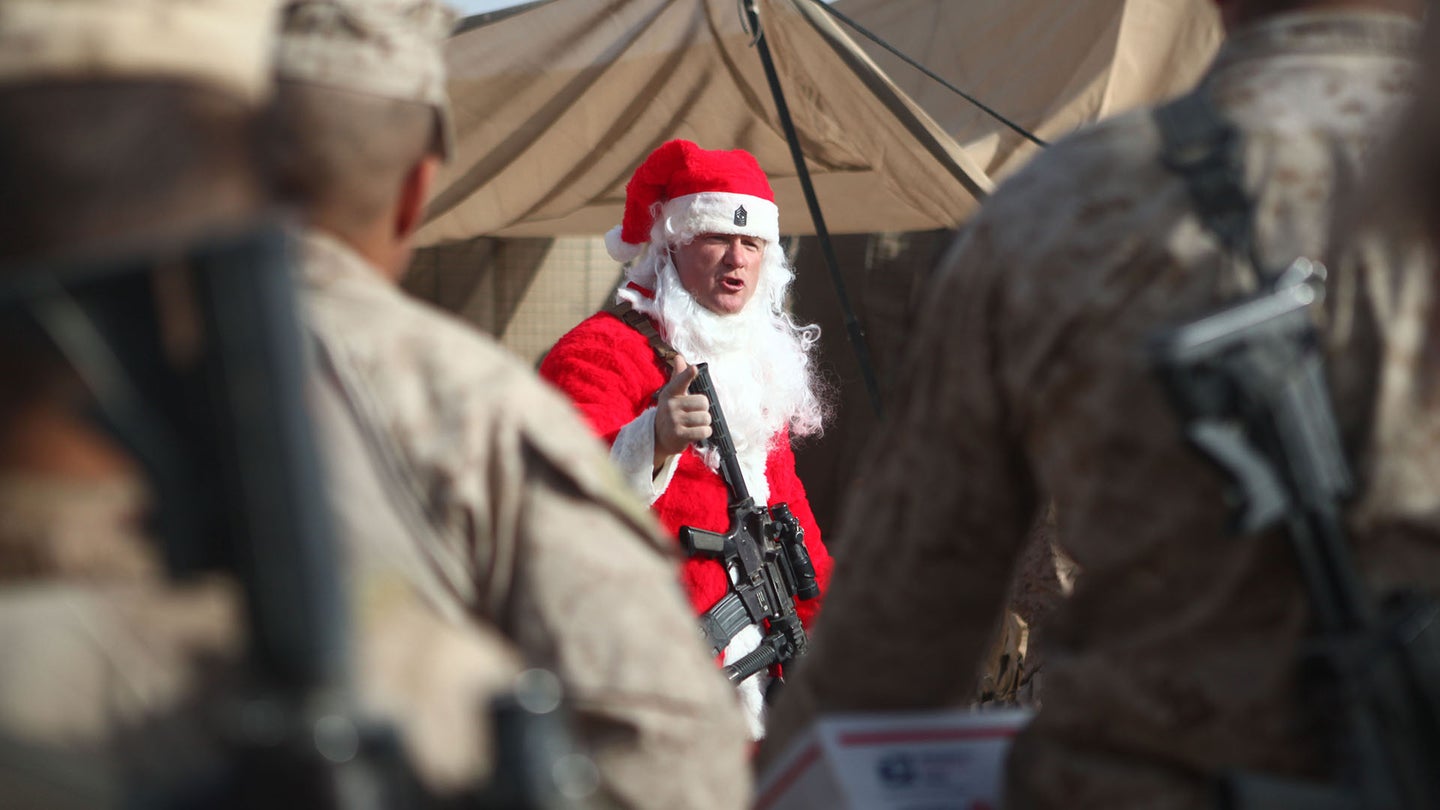 Happy holidays to my beloved readers! A special thanks to all of you who reached out to me after my last column about the Army-Navy football game. I appreciated all your phone calls, text messages, emails, messages on social media, and other communications that made it very clear that: 1. You really do care about the game; and 2. I am a steaming pile of dogs—t.

More on that later.

To start with: You can’t talk about the year in military news without using the words “Polish strippers.” John Vandiver of Stars and Stripes first reported the tale of Maj. Matthew Conner, an Apache helicopter pilot who was serving as the executive officer for the 101st Combat Aviation Brigade’s “No Mercy” battalion when things went a bit awry in the historic city of Gdańsk, Poland.

About 40 members of the unit had traveled to the city as part of a tour of World War II battlefields when Conner went missing following a night of drinking. His battle buddies eventually found Conner, who reportedly claimed that while patronizing an off-limits strip club he was likely drugged and held prisoner by unscrupulous lap dance artists, who also reportedly bit his nipples to keep him awake while charging his credit card several times as purloined compensation for their prolonged gyrations.

In April, Pentagon spokesman John Kirby bravely fielded a question from Task & Purpose about whether this affair would affect the U.S. military’s presence in Poland.

“No, no, no – Jeff, let me just state clearly that we have a strong military relationship with Poland, and we expect to see that continue to grow and to improve,” Kirby replied. “But I don’t know anything about this particular item.”

For UFO enthusiasts, 2021 was supposed to be the year that the military finally unveiled all the evidence it has allegedly been hiding about alien visits to Earth, including captured extraterrestrial spacecraft and corpses of beings from another world, which apparently have been kept in a Pentagon refrigerator somewhere since 1947.

Instead, the Defense Department released a report in June on 144 reported sightings of Unexplained Aerial Phenomena between 2004 and 2021 that had few answers at all. In fact, the military was only able to provide an explanation for one of the strange objects seen in the sky, which turned out to be a deflating balloon.

The New York Times first reported on the Pentagon report’s findings before it was officially released. UFO experts quickly noted that government officials did not have enough information about most of the unidentified aircraft to say definitively which planet they came from. In other words, the absence of evidence was not the evidence of absence, as former Defense Secretary Donald Rumsfeld once noted.

“On the one hand, it says: We haven’t found any evidence that any of this is extraterrestrial,” Nick Pope, who investigated UFOs for the British Ministry of Defense, said at the time. “In the next – if the leak is to be believed – it says: But neither have we ruled out the possibility. So, we’re pretty much back where we started.”

Shortly before Thanksgiving, the Pentagon announced that a new Airborne Object Identification and Management Synchronization Group would seek the truth about unexplained aerial phenomena going forward. If it turns out that these strange aircraft are piloted by hostile aliens, the U.S. military is ready to kick some ass and take names, said retired Navy Lt. Cmdr. Alex Dietrich, a former F/A-18F Super Hornet pilot who reported seeing a flying object shaped like a Tic-Tac in 2004.

“I think we’re in good shape with the pew-pew missiles and should have no problem countering the mothership with the bang-bang,” Dietrich said on the 25th anniversary of the release of “Independence Day”in July. “I’m confident we’re prepared for an ‘Independence Day’ scenario and the American people should rest well knowing our Tic Tac tactics are tip-top to give them tit for tat.”

Speaking about huge explosions that are hotter than the sun, let’s talk about the feedback I received for my column that argued no one really cares about the Army-Navy football game. I offer my thanks to everyone who reached out to me, even those whose messages were too obscene to recount here.

I’ll never pretend to be the smartest person in the room, and there are days when I really show how much I still don’t understand about military culture even after covering troops for 16 years. Many of you are asking how I could have come up with such a colossally bad take on this beloved sporting event. The only answer I can provide is that I was seduced by The Good Idea Fairy, whose other bright ideas include the Army’s decision to create a new camouflage uniform for soldiers that did not work in either forests or deserts.

The criticism of the column was so intense that someone accidentally trolled the person who is impersonating me on Instagram.

So, to all of you whom I angered, I promise to do better in the future. May you all have a happy holiday season and I hope 2022 is better for everyone.