The Pentagon can’t explain the ‘spherical object’ in this video 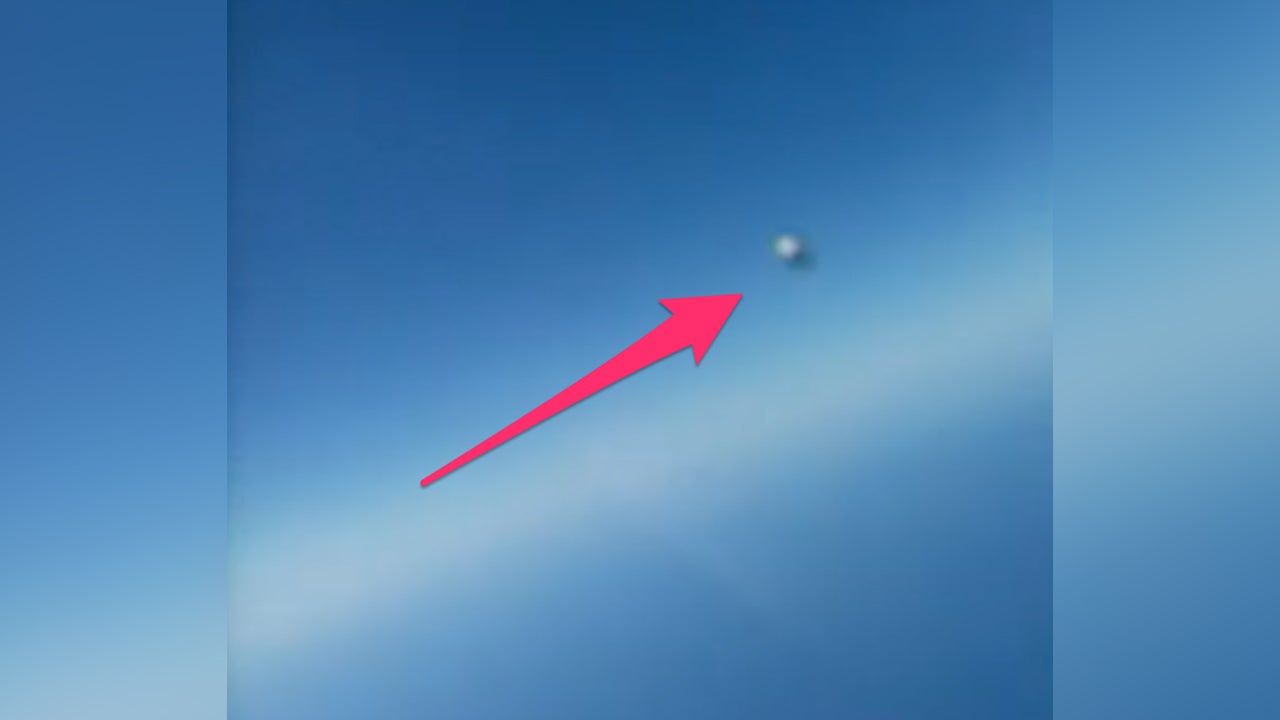 Screenshot of the "spherical object" shown to Congress on Tuesday. (Task & Purpose).
SHARE

Pentagon officials studying unidentified aerial phenomena are still baffled by a video of a “spherical object” flying through a Navy training range in 2021.

“Is this one of the phenomena that we can’t explain?” asked Rep. Adam Schiff (D-Calif.) after the video was played at a House Intelligence subcommittee hearing on Tuesday.

“I do not have an explanation for what this specific object is,” said Scott Bray, the deputy director of Naval intelligence.

The hearing on Tuesday was the first public hearing in more than 50 years on what is more commonly referred to as unidentified flying objects. Lawmakers heard from Bray, the deputy director of Navy intelligence, and Ronald Moultrie, the undersecretary of defense for intelligence and security.

The video is one of more than 400 reported incidents of unidentified phenomena gathered in the database run by the Unidentified Aerial Phenomena Task Force, Bray said. But none of the material gathered by the task force suggests it is “anything nonterrestrial in origin.”

“This is a popular topic in our nation, with various theories about what these objects may be, and where they originate,” Bray said. “By nature, we are all curious and we seek to understand the unknown. And as a lifelong intelligence professional, I am impatient. I want immediate explanations for this as much as anyone else.”

Indeed, the topic of UFOs is a popular — and controversial — one. Before the hearing ever started on Tuesday, officials in Washington were unsure of how much to share. Politico reported on Tuesday that the Pentagon and intelligence agencies were “feuding internally over how much to cooperate with demands to investigate and share what they know” about UFOs.

The hearing came two years after the Pentagon released video of unidentified aircraft in two instances — one recorded in November 2004, and two others from January 2015. Susan Gough, a Pentagon spokeswoman, said at the time that the incidents shown in the videos “remain characterized as ‘unidentified.’”

And while there are certainly unexplainable events, as proven by the video shown on Tuesday, Bray also played two other videos which he said the task force was able to explain after further analysis.

Both videos, recorded at night through night vision goggles, showed triangle-shaped objects flying off the coast of the U.S. The first “remained unresolved for several years,” Bray said, until the same thing occurred again off a different coast.

“We’re now reasonably confident that the triangles correlate to unmanned aerial systems in the area,” Bray said. “The triangular appearance is a result of light passing through the night vision goggles, and then being recorded by an [single-lens reflex] camera. I don’t mean to suggest that everything we observe is identifiable, but this is a great example of how it takes considerable effort to understand what we’re seeing in the examples we are able to collect.”

That lack of solid data or video evidence is a hindrance to the task force’s work. The unexplainable video shown on Tuesday revealed only seconds of the object in question, so fleeting that they were unable to successfully pause the video during the hearing as it flashed across the screen. That kind of evidence is often all task force has to go on. And in other cases, he said, they may have even less.

But officials assured lawmakers and the American public on Tuesday that they are dedicated to finding answers — not just because they’ve been tasked to do so professionally, but because they’re just as interested as we are.

Moultrie said he has been “enthralled” by the moon landing in 1969 and has since enjoyed “the challenge of what may be out there.” He even attends science fiction conventions, he said, though he doesn’t “necessarily dress up.”