New Jersey Governor Chris Christie on Friday commuted the sentence of a Marine Corps veteran who faced three years in... 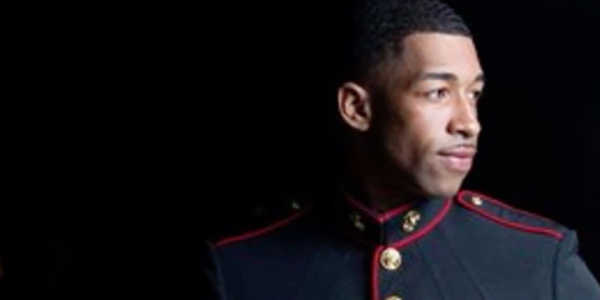 New Jersey Governor Chris Christie on Friday commuted the sentence of a Marine Corps veteran who faced three years in prison for bringing a handgun legally registered in Virginia into the Garden State, where another man brandished it during a confrontation with police, a local ABC News affiliate reports.

Hisashi Pompey, a former military police sergeant and veteran of Iraq and Afghanistan, was charged and convicted of felony possession of an unlawful firearm in 2013. His career in the Marine Corps was terminated as a result. Pompey began petitioning Christie for a pardon after losing his appeal in February. He was scheduled to begin his prison sentence on Apr. 17.

“I would plead to him, ask him, beg him anyway I can for his forgiveness because technically I didn’t really commit a crime,” Pompey told CBS News before Christie commuted his sentence.

In 2011, Pompey, then an active duty sergeant stationed at Marine Corps Base Quantico in Virginia, was arrested after a friend drew Pompey’s handgun on a large crowd outside a Fort Lee nightclub, where police officers were responding to reports of a fight.

Pompey has since maintained that the friend, Isaiah Wilson, snatched his firearm out of its holster, but also acknowledged that he had made a mistake: Pompey claimed he had brought the gun to New Jersey unwittingly, and only realized he had it after it slipped out of a gym bag in the nightclub parking lot.

Pompey said that before he and Wilson initially entered the club, they had locked the gun in the car’s glove compartment and the magazine in the truck. Pompey had retrieved his gun from Wilson’s car and loaded it with a magazine after a brawl erupted inside the nightclub, according to court documents.

At some point, Wilson, who was drunk and badly injured in the fight, took the gun from Pompey’s hip holster. Pompey claimed in court that he had been rendering first aid to Wilson and could not remember exactly how Wilson managed to disarm him. “I was careless,” he testified.

When police arrived, someone spotted Wilson carrying the gun and panic ensued. Officers responded by drawing their weapons on Wilson and ordering him to drop the gun. Wilson refused to comply, and instead ducked behind a car, where he attempted to hide the firearm.

Wilson was arrested and the gun was found with a round in the chamber. Pompey, who was out of uniform, claimed ownership of the firearm and identified himself to police as a Marine and an off-duty MP.

Pompey was registered to legally carry a firearm in Virginia, but not in New Jersey. He was visiting family in Fort Lee at the time of the incident. In 2008, New Jersey lawmakers imposed a three year mandatory sentence for gun-related offenses as part of an effort to combat gang violence, according to ABC News.

Because the incident occurred in 2011, the federal Law Enforcement Officer Safety Act of 2004, which allows certain government personnel to carry concealed weapons across state lines, did not apply to Pompey. Congress amended the law in 2013 to cover military police.

Pompey’s conviction still stands, but the penalty is gone. He is currently seeking a full pardon, which is under review.

“The issue has now turned for the better,” Pompey told ABC News after news Christie's decision to commute his sentence broke. “And we’re going to recoup and, just, oh my God … We’re all humans. Humans make mistakes.”

CORRECTION: An earlier version of this article misstated that Gov. Chris Christie had pardoned Pompey. Christie commuted Pompey's sentence but did not issue a full pardon. Updated 4/17/2017; 12:42pm