This Navy Anti-Marijuana PSA Is A Great Reminder Of How Uncool Navy Is, Bro

Take a look at this brief Navy anti-drug PSA. It's 60 seconds of your life well-wasted. Produced by the Navy Alcohol... 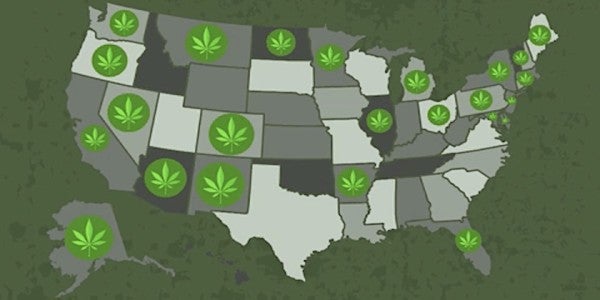 Take a look at this brief Navy anti-drug PSA. It's 60 seconds of your life well-wasted.

Produced by the Navy Alcohol and Drug Abuse Prevention office and published on Halloween, this business-casual ISIS hostage video explains how the wave of marijuana legalization measures cresting across the country may affect Navy personnel.

The message is simple: federal law and Navy policy prohibit marijuana consumption, no matter where you happen to be in the United States.

The real message is far simpler: Look how deeply uncool we are.

Here are the takeaways that I, a civilian and pothead, gleaned from this video.

1. Here's a giant map of states where pot is legal, just in case you needed a reminder on where you can blaze with relative impunity.

2. “A spouse caught with marijuana on a military installation could be barred from coming on base” seems like a great reminder that a well-placed doobie could keep your spouse from bugging you at work.

3. “Marijuana can really mess things up for a Navy family!” “And a Navy career!” This is actually true, if dumb, considering that the service has, like the Army, increasingly embraced drug waivers to fill its ranks.

Am I stoned, or is this the funniest PSA I've ever seen?

If anything it's a great reminder that the Canadian military may be chill as hell, but the U.S. armed forces still don't know how to talk about marijuana without sounding like total goons.