It is clear that defense industry is totally incompetent or deliberately slow rolling fixes to gouge taxpayers. Perhaps it's both. 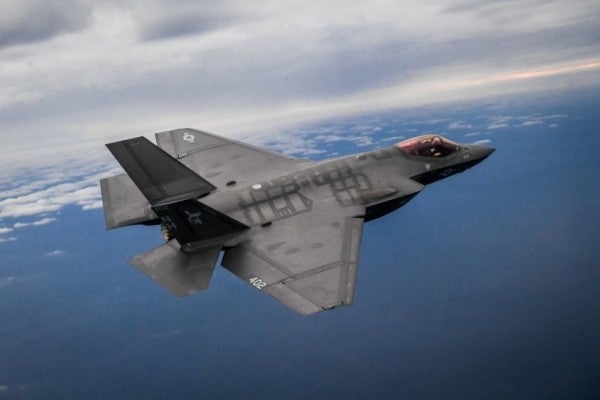 Your friend and humble narrator is getting pretty sick and tired of continuing problems with the F-35, the super-expensive wonder jet that might be ready for a war against China or Russia by the turn of the millennium.

Bloomberg’s Tony Capaccio recently reported that the 25mm gun on the Air Force’s F-35 variant STILL doesn’t f**king work. This is not a new problem. It’s one of the many issues that has plagued the F-35 program for years – and the defense industry seems in no rush to get things fixed.

In fact, both reports from 2018 and 2019 by Defense Department research, development, test, and evaluation describe the accuracy of the F-35A’s gun as “unacceptable.”

Both reports use the exact same words to describe the problem: “Investigations into the gun mounts of the F-35A revealed misalignments that result in muzzle alignment errors. As a result, the true alignment of each F-35A gun is not known, so the program is considering options to re-boresight and correct gun alignments.”

In other words, the Pentagon just copied and pasted the same wording into its latest report.

Air Force Chief of Staff Gen. David Goldfein did not appear overly concerned about problems with the F-35A’s guns when asked about it in February 2019.

“Given what we’ve built the F-35 to do, I’m not sure that the gun is going to be the first place I would focus on,” Goldfein said while speaking at the liberal Brookings Institution think tank in Washington, D.C. “When we talk about fifth generation , stealth is actually only a small part of that. When we talk about 5th generation, it’s about information fusion and being able to have displayed for you information that was not available.”

Another way of putting that is the F-35’s gun is not the most important thing that needs to be unf**ked.

The 2019 research, development, test, and evaluation report described ALIS as, “Inefficient and cumbersome to use, still requires the use of numerous workarounds, retains problems with data accuracy and integrity, and requires excessive time from support personnel.”

“As a result, it does not efficiently enable sortie generation and aircraft availability as intended,” the report says.

For years, ALIS has been the source of many, many ulcers for F-35 maintainers. In fact, then-Air Force Secretary Heather Wilson joked in February 2019, “I can guarantee that no Air Force maintainer will ever name their daughter Alice.”

Your friendly Pentagon correspondent is not technically savvy enough to explain why ALIS never worked right. Suffice to say the U.S. government has never been good when it comes to information technology. (Remember the disastrous debut of Healthcare.gov?)

If that weren’t enough, Valerie Insinna of Defense News – one of this reporter’s favorite humans – revealed in June that the F-35 continues to suffer from 13 serious flaws including – I kid you not – the plane’s stealth coating peels off at times.

Right now, you might be saying something like: How is this different from every other Charlie Foxtrot the Pentagon has pissed away money on?

The big difference is the F-35 has cost airmen their careers. When sequestration hit during President Barack Obama’s second term, the Air Force decided to shed thousands of people in order to have enough money to buy their precious F-35s.

Among some Air Force circles, the time was known as the “Hunger Games.” The Air Force got rid of so many maintainers that it ended up not having enough airmen to keep planes flying.

While the military as a whole has had some time to catch its breath over the past few years, the Pentagon could face more budget cuts depending on the outcome of the 2020 presidential election. Once again, the Air Force may have to sacrifice personnel for a plane that doesn’t work – and won’t be fully ready anytime soon.

It is clear that defense industry is totally incompetent or deliberately slow rolling fixes to gouge taxpayers. Perhaps it’s both. For now, let’s all just pray that the United States isn’t attacked by Russia or China until the F-35 is ready, in 2049.