“The future is extremely bright for this line of research." 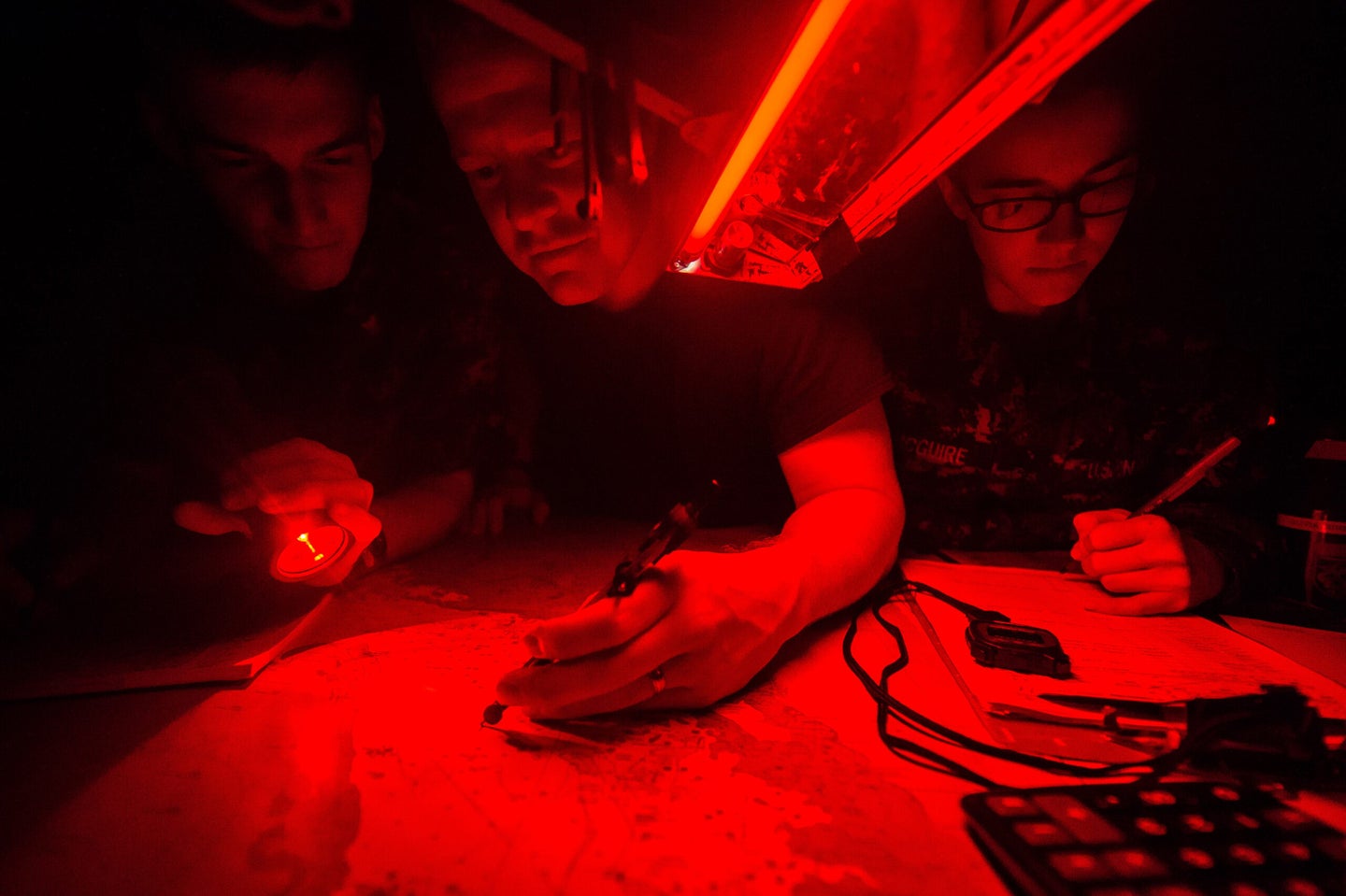 The Navy is researching a new technology that could help sailors and Marines navigate in places where the Global Positioning System just doesn’t work.

Unlike GPS signals, cosmic ray muons are a natural source of radiation that can pass through rock, buildings and earth and can be used at high latitudes north of the Arctic Circle, where GPS satellites do not work well due to their orbital constraints, the Office of Naval Research wrote in a press release on Tuesday.

In September, ONR and the U.S. Army Development Command co-funded a group of international researchers who want to show that muons can work as an alternative to GPS and still deliver the same level of precision. They have nine months to show their stuff, and if it works, it could be a game-changer for the military.

“The ability to navigate in polar regions will be of increasing importance in the coming decades as climate change is opening up Arctic waterways to commercial and military activities,” said Dr. Charles Eddy, the lead ONR Global science director for the muon project. “This project, which uses cosmic relativistic particles that continuously impinge on the Earth’s entire surface, offers an innovative approach to the challenge of navigation at high latitudes with little or no GPS service.”

The question of how to preserve navigation capability is a big one these days, especially as countries like the U.S., Russia and China develop new ways of disabling the satellites that GPS is based on.

“The most important thing that the Space Force supports, from the perspective of a civilian, is the fact that we have GPS,” said Capt. Natalia Pinto, a space operations officer, in a Space Force commercial in August. “That is something that is leveraged by an individual, companies, banks, all sorts of financial institutions. So from the outside looking in, that’s probably the most important thing that we rely on.”

The military uses GPS every day for guiding ships, planes, bombs and so many other things where they need to go. But those signals are easily disrupted by jammers, which block GPS signals, and spoofers, which take them over and feed the user false information, National Defense Magazine wrote in February. Enter, spoof-proof muon technology.

If you’re like me and have never heard of muons before now, have no fear. Muons are one of the fundamental subatomic particles, kind of like electrons but much heavier, according to the Department of Energy. Muons on Earth result from particles in the Earth’s atmosphere colliding with cosmic rays, which are high-energy photons and atomic nuclei coming from the sun or other solar systems or galaxies. Muons exist for only 2.2 microseconds, but they are created constantly in the atmosphere, hitting every inch of the Earth’s surface and passing through nearly any substance at almost the speed of light.

Penetrate nearly any substance you say? Well that’s helpful in case you need to figure out where you are underground or underwater.

“Cosmic-ray muons (or atmospheric muons) are ubiquitous and universal,” researchers wrote in a study of muons published in the journal Nature in 2020. “[B]y utilizing this universality and relativistic nature, cosmic muons have a potential to be used for positioning the receiver detector located underwater or underground three dimensionally with a great accuracy.”

The same goes for navigating north of the Arctic Circle. The Navy-funded research into the use of muons for navigation is led by Dr. Chris Steer of the British company Geoptic Infrastructure Investigations Limited. Steer explained that “like echolocation, the timing difference between ‘pings’ — the signals from a crossing muon in our detectors — can allow the user to measure the distance from one detector to another with multiple detectors allowing location by triangulation.”

Researchers have already tested the system in a large water-immersion tank in the United Kingdom. Now the project will move to Finland, specifically into an Arctic lake covered with a meter of ice, the press release said.

“At these high latitudes, conventional GPS measurements are problematic due to their orbital constraints,” ONR wrote.

To make it work, researchers will need a set of highly-synchronized clocks that can work partially underwater in a freezing Arctic environment. But if it does work, it would be a big step up for military navigation.

“The sea is broadly transparent to cosmic ray muons, so we expect there to be a number of scientific subsea navigation opportunities,” Steer said. “Similarly, as cosmic ray muons are highly penetrating and able to pass through many tens to hundreds of meters of rock, it is possible to see that this technology also has strong opportunities in tunnels and other underground settings.”

Muon tech is not the only alternative to GPS for figuring out where you are in the world. For example, the Navy has started teaching good ol’ celestial navigation using a sextant and the stars again in recent years.

“That’s an oldie but goodie,” said Richard Mason, a senior engineer at the RAND Corporation. The military could also automate systems to keep track of celestial navigation for service members, Mason suggested.

At a higher-tech level, the military may be close to using quantum science as a ‘hacker-proof’ alternative to GPS, Defense One reported earlier this month.

“These inertial sensors can be used wherever there is a need for position or navigational information, and where a GPS outage is unacceptable or GPS is unavailable,” Peter Schwindt, a scientist at Sandia National Labs, which is researching quantum navigation, told Defense One. “Civilian applications such as aviation and autonomous vehicles are areas where momentary outages of the GPS signal is not acceptable. GPS is decidedly not available underground or underwater so inertial navigation is very important for these operational environments.”

Between quantum science and muons, navigation in the military is becoming much more sci-fi than simply reading a map. But as complicated as it sounds, scientists are excited about what might happen next.

“The future is extremely bright for this line of research,” ONR wrote.