Attack helicopters, F-35s, hundreds of US troops repositioned in Europe as Russia moves into Ukraine

Once more unto the breach, dear friends. 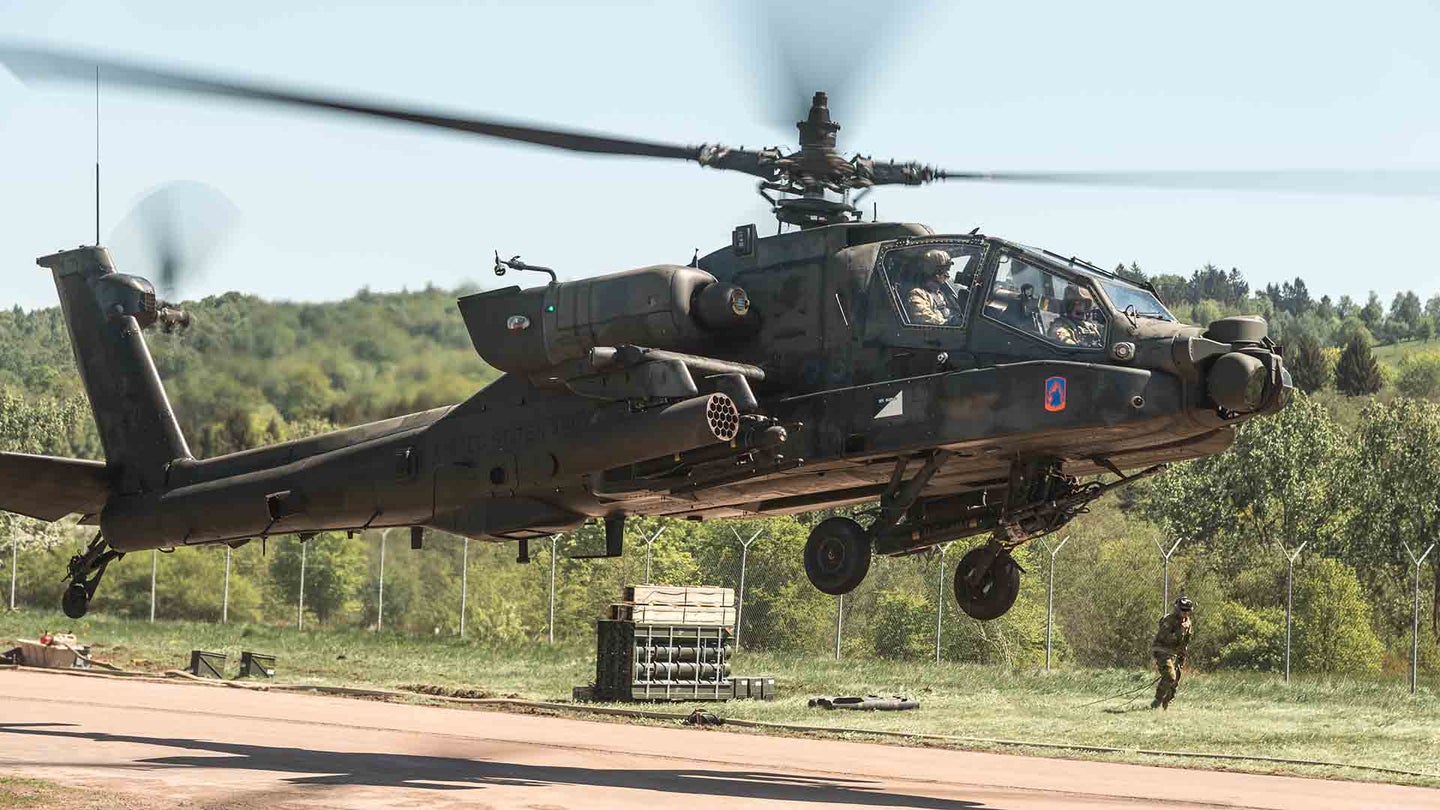 The U.S. military is moving reinforcements to the Baltic states and Poland to shore up NATO’s eastern flank as Ukraine girds for a massive Russian attack.

Up to 190,000 Russian troops have surrounded Ukraine, including Russian forces that have deployed to Belarus, nominally for military exercises. A contingent of Russian troops invaded eastern Ukraine overnight after Russian President Vladimir Putin recognized the independence of two breakaway provinces: Donetsk and Luhansk.

“Today, in response to Russia’s admission that it will not withdraw its forces from Belarus, I have authorized additional movement of U.S. forces and equipment already stationed in Europe, to strengthen our Baltic allies: Estonia, Latvia, and Lithuania.”

Biden stressed that the deployment of U.S. forces to the Baltic states and Poland is “a defensive move on our part” and the United States has “no intention of fighting Russia.”

The American troops headed east include about 800 service members in an infantry battalion task force, who are deploying from Italy, a senior defense official said on Tuesday. While the Pentagon has not identified which unit these troops are assigned to, the Army’s 173rd Airborne Brigade has soldiers based in Vicenza, Italy.

The U.S. military is also moving up to F-35 Joint Strike Fighters from Germany to “several operating locations along NATO’s eastern flank,” the senior defense official said. Brian Everstine, Pentagon editor for “Aviation Week,” tweeted that the F-35As belong to the 34th Fighter Squadron at Hill Air Force Base, Utah, which are currently at Spangdahlem Air Base, Germany.

In addition to those aircraft, the U.S. military is moving a battalion of 20 AH-64 Apache attack helicopters from Germany to the Baltic region and another 12 Apaches from Greece to Poland, the senior defense official said. All the troops and aircraft are expected to be in place later this week.

Over the past several weeks, about 4,700 paratroopers with the 82nd Airborne Division have deployed to Poland, where they could be tasked with helping to evacuate any Americans who cross over from Ukraine. Another 300 soldiers with the 18th Airborne Corps have been sent to Germany.

The Army’s 2nd Cavalry Regiment has also moved about 1,000 soldiers from Germany to Romania, which borders Moldova, where Russia is backing a separatist movement in the Transnistrian region. On Feb. 14, the State Department warned Americans not to travel to Moldova, citing “the unusual and concerning Russian military activity around Ukraine, and the unresolved conflict between the breakaway region of Transnistria and the central government.

Separately, NBC has reported that the U.S. would send about 200 troops and Stryker fighting vehicles to Hungary for training and Reuters has reported that another 150 American service members are deploying to Bulgaria for military exercises.

If NATO activates its response force, more U.S. service members would likely deploy to Eastern Europe. As of Tuesday, the response force was on a state of heightened alert but it had not yet been activated, NATO Secretary General Jens Stoltenberg told reporters during a news conference.

Stoltenberg also said that Russia continues to prepare for a full-scale attack against Ukraine by moving its forces from garrison into attack position.