"They're going to ensure the robust defense of our NATO allies." 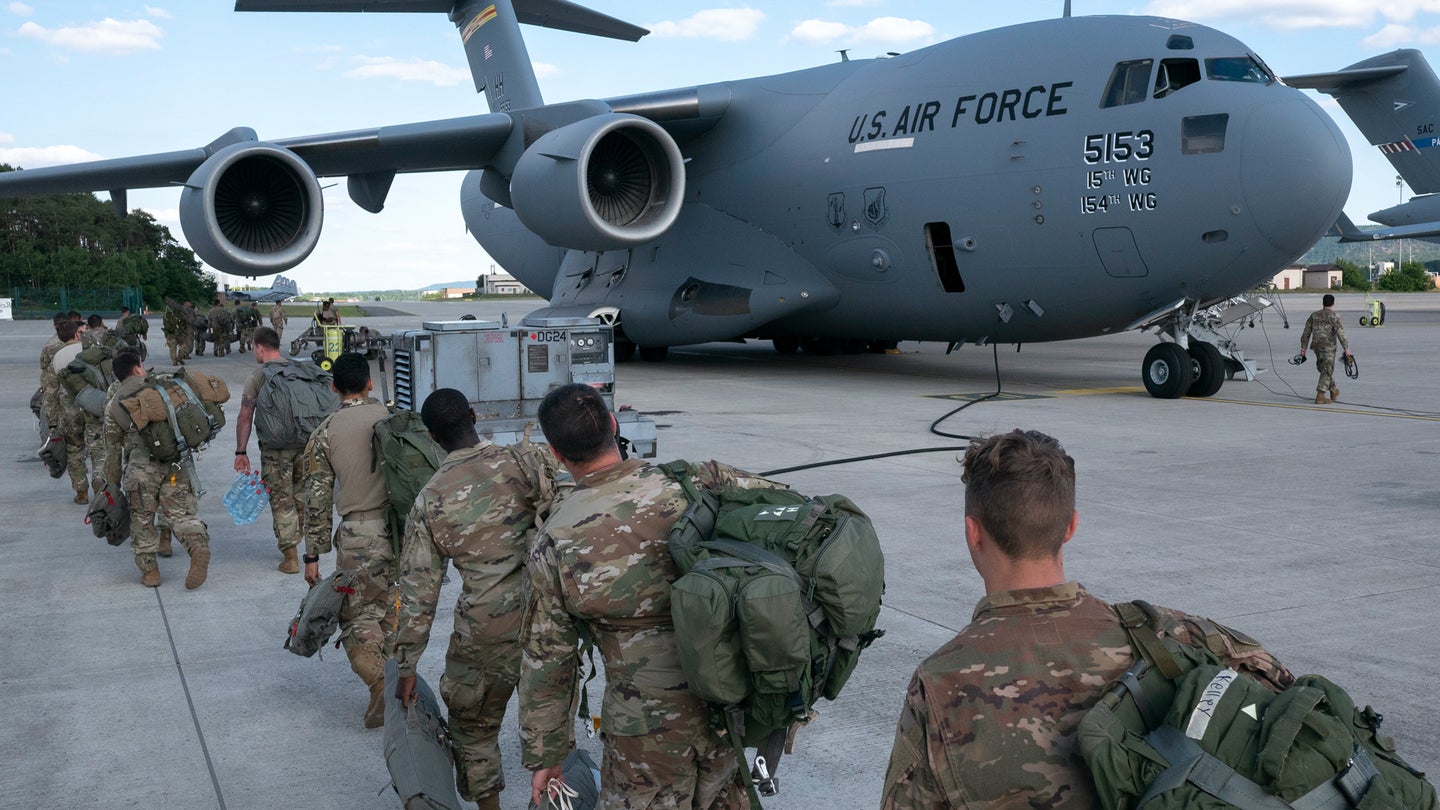 The Pentagon has announced 3,000 U.S. troops are being deployed or repositioned in Europe in an effort to reassure allies in the face of aggression from Russia.

“I want to be very clear about something,” Pentagon spokesman John Kirby said on Wednesday during a Pentagon press conference. “These are not permanent moves. They are moves designed to respond to the current security environment. Moreover, these forces are not going to fight in Ukraine. They’re going to ensure the robust defense of our NATO allies.”

A Stryker squadron currently in Germany will reposition to Romania, Kirby said, in addition to the roughly 900 forces already in Romania. From Fort Bragg, North Carolina, an infantry brigade combat team with the 82nd Airborne Division will deploy to Poland, and a joint task force headquarters with the 18th Airborne Corps will deploy to Germany.

All of this is in addition to 100 Florida National Guardsmen currently deployed to Ukraine. But Kirby specified that this week’s troop movements will be separate from the 8,500 troops he previously said were on heightened alert to possibly deploy.

“Those 8,500 are not currently being deployed,” he said, “but remain ready to move if called for the NATO Response Force or as needed for other contingencies.”

Tensions in Europe have been on the rise as Russia amassed tens of thousands of troops on the border with Ukraine. While U.S. officials have said repeatedly there is still a path forward for diplomacy and conflict is not inevitable, Kirby said Wednesday that the deployments stand as “unmistakable signals to the world” that the U.S. is ready to stand with NATO allies “against any aggression.”

Russia currently has more than 100,000 troops near Ukraine’s border, according to Reuters, and has said it “could take unspecified military measures if demands are not met.”

On Monday, Ukrainian President Volodymyr Zelensky warned that any conflict with Russia would involve more than just Ukraine.