US soldiers are not training Ukrainians in Poland, Army chief says

“The United States Army is not training Ukrainian soldiers or units right now." 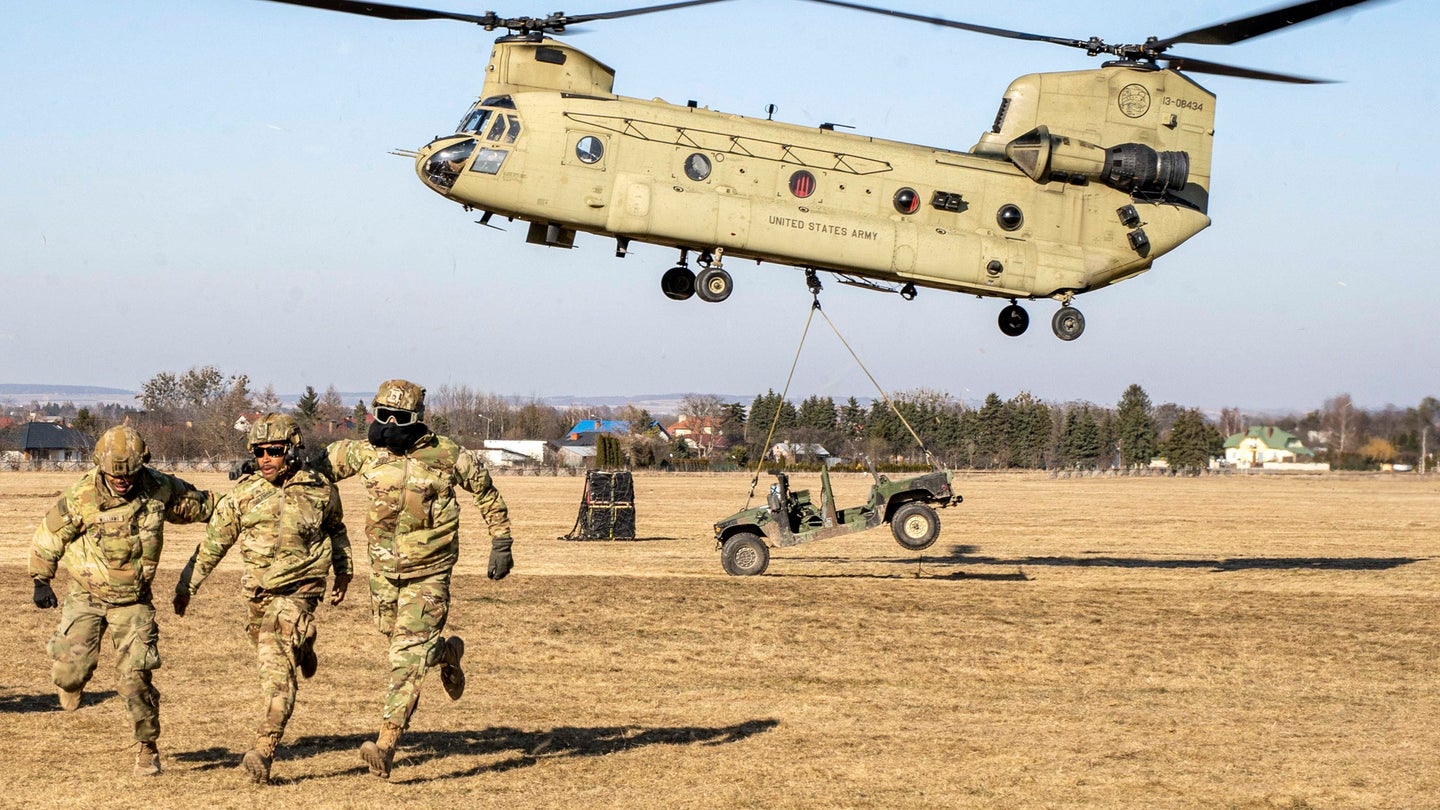 The Army’s top general emphasized on Thursday that no U.S. soldiers in Poland were training Ukrainian forces, contrary to reports this week and a statement from the president which seemed to suggest otherwise.

“The United States Army is not training Ukrainian soldiers or units right now,” Gen. James McConville, the Army Chief of Staff, told reporters at a Defense Writers Group breakfast in Washington, D.C., on Thursday morning. “There are materials being provided to Ukranians, but that’s just a ship — it comes in and it moves out. We are not training Ukrainians right now.”

Thousands of U.S. troops have been deployed to or repositioned in Europe, both before Russia’s invasion of Ukraine began in February and since it started, with the intent of deterring Russia from pushing its invasion into NATO territory. The forces have primarily been in Poland — where the 82nd Airborne Division was sent — and Romania, with some support elements in Germany. But since those deployments were announced, there has been relatively little information available about what troops are actually doing aside from training with NATO allies.

Politico first reported the tentative news about U.S. troops training Ukrainians in Poland on Monday, after President Joe Biden mentioned the U.S. “being with, and talking with, the Ukrainian troops that are in Poland.” A day later, CNN reported that troops were “providing Ukrainians with some instruction on how to use the weapons the West has been shipping” to assist their defense against Russia.

A White House official reportedly told CNN that there are “Ukrainian troops in Poland interacting on a regular basis with U.S. troops and that’s what the President was referring to.”

But Army Chief of Staff Gen. James McConville denied on Thursday that any training was happening between U.S. soldiers and Ukrainian troops, including teaching Ukrainians how to use the military equipment that the U.S. is providing.

The U.S. has sent roughly $2 billion worth of military equipment and assistance to Ukraine since Russia launched its invasion of the neighboring country. That security assistance has included body armor, small arms ammunition, grenade launchers, unmanned aerial systems, and anti-armor and anti-aircraft systems.

McConville said Thursday that the Army does not “have teams over there showing them how to use the [equipment], they have people who know how to … use the equipment, and they are doing that themselves.”

Air Force Gen. Tod Wolters, the NATO Supreme Allied Commander, was also asked about potential training on Tuesday, and said he didn’t believe “we are currently in the process of training military forces from Ukraine in Poland,” but there are “liaisons” who are “being given advice, and that’s different.”

Although U.S. troops are not actively training Ukrainian forces in Poland, the two militaries have worked together in the past. As Task & Purpose recently reported, F-15 pilots with the California Air National Guard’s 144th Fighter Wing conducted joint training operations with Ukrainian aviators for nearly three decades.

Since Russia began massing troops on Ukraine’s border before launching its invasion earlier this month, the Biden administration has been careful about the way it has militarily supported Ukraine. Biden was adamant from the start that U.S. troops would not fight Russia in Ukraine, and would not engage Russia militarily unless they crossed into NATO territory.

The administration has also rejected the idea of establishing a no-fly zone in Ukraine, despite Ukrainian President Volodymyr Zelensky’s pleas to do so, as it would likely lead to shooting down Russian aircraft, forcing the U.S. into the war.

And while the U.S. military may not be doing much in Poland beyond serving as a deterrent to Russia, that doesn’t mean they’re leaving anytime soon. McConville said Thursday that there is “no plan” to bring paratroopers with the 82nd Airborne Division back home “in the immediate future.”

“They still stay until the mission is done … Their presence matters,” he said. “Their presence is to reassure our allies and partners, and for me it’s amazing what they do by their presence. They’re doing exactly that. And many of those countries, they want to see American soldiers standing side by side with the President’s commitment that we will defend every inch of NATO, and that’s what they’re there to do.”