Meet the Navy’s most adorable boat: the Boomin’ Beaver 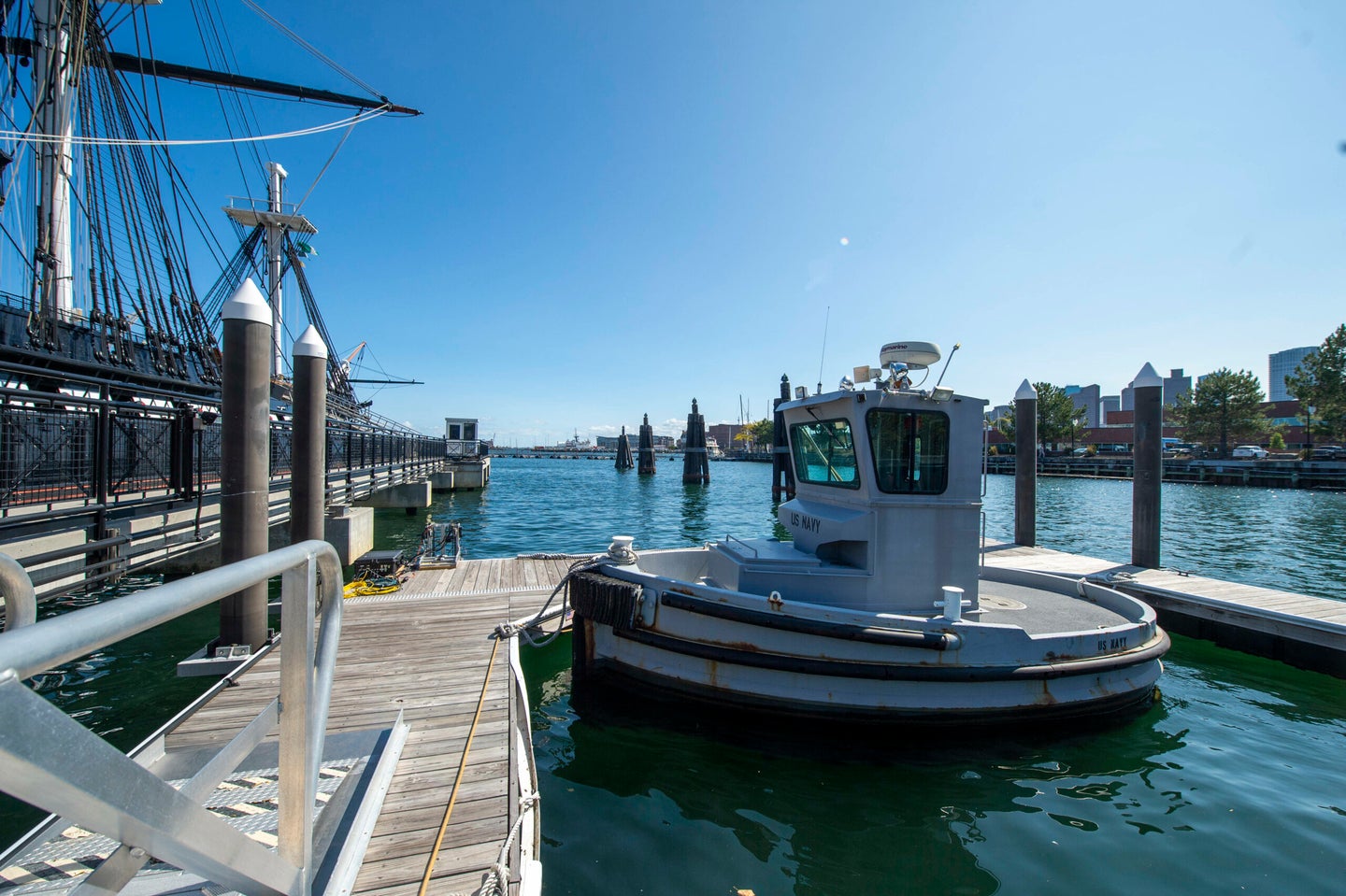 From nuclear-powered submarines to air-cushioned hovercraft, the Navy has a lot of strange boats and ships of all shapes and sizes. But one boat is notable not for its tonnage nor its speed, but for how insanely friggin’ cute it is.

That’s right, the vessel known as the Boomin Beaver doesn’t launch helicopters off its deck, but it is still packed full of shock and ‘awww.’

What is this adorable vessel, and why is it so small? Not to fear dear reader: you can’t spell Task & Purpose without “ask,” and boy did we ask the Navy.

As it turns out, the service’s 19-foot mini tugboats play an important role in protecting their larger siblings. They deploy, operate, and maintain underwater barriers surrounding ships such as the USS Constitution, the 223-year old wooden frigate berthed in Boston.

“It’s the equivalent of opening the gate for cattle to go in and out,” as one Reddit user put it back in August. “Unlock it, unlatch it, swing it open, and close it when the ship has passed.”

The Beaver’s small size makes it perfect for this kind of task, Colleen O’Rourke, a spokeswoman for Naval Sea Systems Command, told Task & Purpose. The deck is also very low to the water, which allows the Beaver’s two to five crew members to safely maintain and operate the barriers, she said.

That’s wonderful, but where did this boat get the name ‘Boomin Beaver?’ Apparently, the name is a hand-me-down from the logging industry where the vessel first came from, O’Rourke explained.

According to a government auction website, the tugboats were originally designed to raft and pull floating logs, kind of like how beavers pull sticks down a stream.

The nickname is so widespread, sailors thought the “BB” in the Navy’s official designation for the ship, “19BB” stood for Boomin Beaver, O’Rourke explained. It actually stands for barrier boat.

The Navy currently has 10 such tugboats, O’Rourke said. Besides the one berthed near the Constitution, there are other beavers berthed at Point Loma Sub Base in California, Naval Base Kitsap Bangor, and Naval Base San Diego, Popular Mechanics reported.

Still, one question remains: why is this the first time many readers are finding out about the Boomin’ Beaver? Could it be a secret weapon in a potential fight against a near-peer adversary?

“Not really their lane,” O’Rourke said.

Well, that’s a shame, because when it comes to the domain of surface warfare cuteness, the Boomin’ Beaver maintains total superiority.