"Sup fellas, I’m gonna head in for the night.” 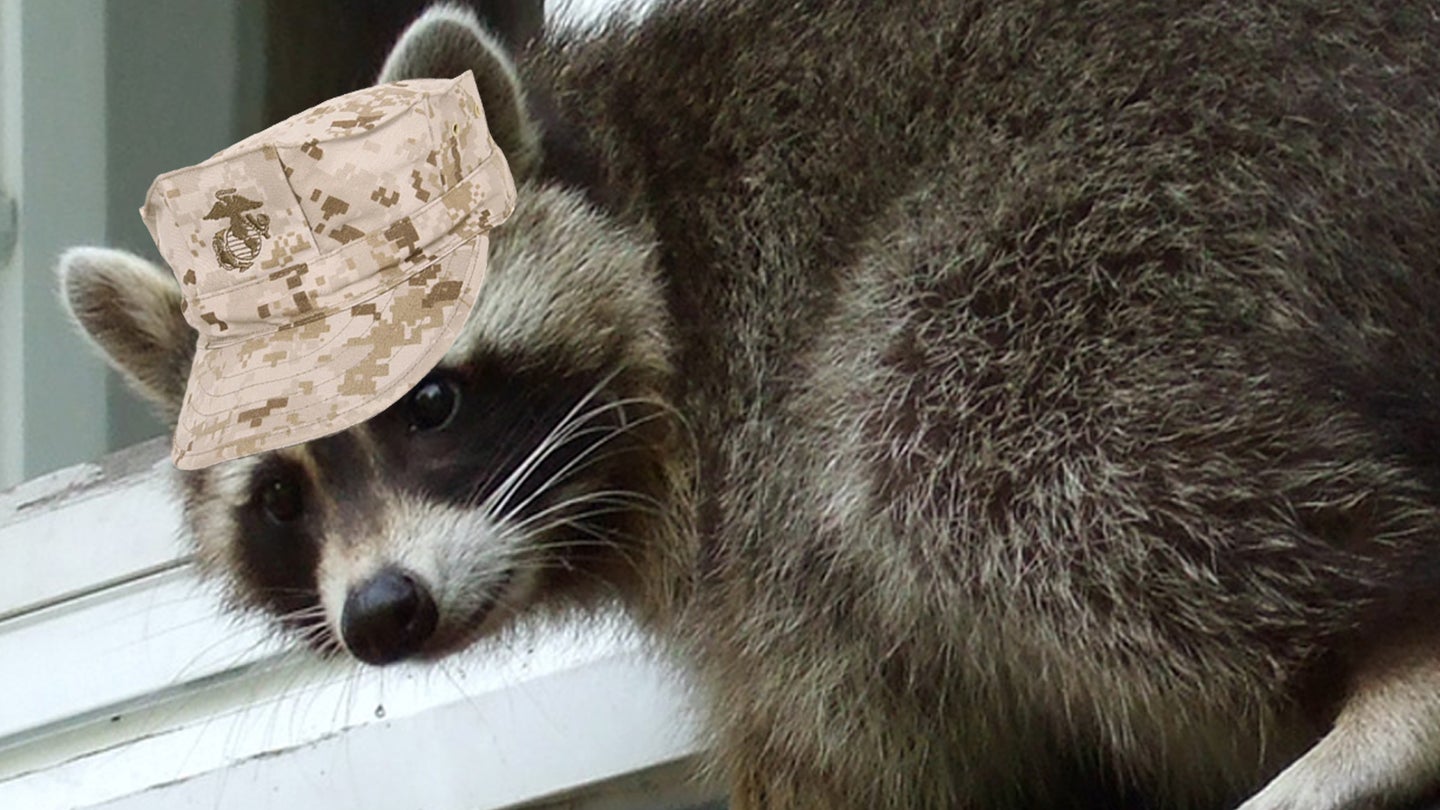 In what appears to be a historic first for the Marine Corps, a raccoon grunt has checked into the barracks as the roommate that absolutely no one wants.

In a video recently uploaded to TikTok by a Marine corporal, a raccoon can be seen walking up the catwalk like someone nonchalantly returning from the smoke pit before mosying into the room. And the four-legged mammal even makes eye contact beforehand, as if to say, “sup fellas, I’m gonna head in for the night.”

It gets more entertaining from there.

Once inside, the little bandit makes its way into the bathroom of the Marine, who struggles to capture the creature. Sure, he could have called the animal control office, but Marines improvise, adapt and overcome, and that means grabbing a bucket and a plunger and getting the job done yourself.

Sadly, the video ends before we see this raccoon captured, taken prisoner, and presumably interrogated over how he gained access to a U.S. military installation, but the little trash panda makes it abundantly clear that he will not go quietly.

After a voice is heard chiding the rascal to “get in the tub” being held by the Marine, he snarls in response. “He said no,” the Marine says amid laughter.

It remains unclear when or where this happened, but it’s not the first time Marines have made headlines for incidents involving wildlife. At least three Marines were attacked by a wild coyote in separate incidents last year at Camp Lejeune, and in 2018, Marines were suspected of feeding an alligator near the barracks of a nearby air station.

Still, I think this bandit of the animal kingdom may have spent too many days hiding in the bushes, watching Marines joyously guzzle light beer while doing handstands, and turned green with envy. Olive green.

And so, knowing that the Marines did not promise a rose garden — and having more interest in garbage, anyway — maybe this was the raccoon’s attempt to join the ranks of The Few and The Proud. Or perhaps it’s a Marine trapped in a raccoon’s body just trying to tell his friends it’s still him but can’t because he only speaks raccoon.

Then again, maybe these guys should just learn to close the damn barracks room door since raccoons will eat just about anything, including your protein powder, ramen, and yes, even your beloved Rip Its.