“Consistent with all other forms of communication, Marines are responsible for all content they publish on social networking sites, blogs, or other websites.” 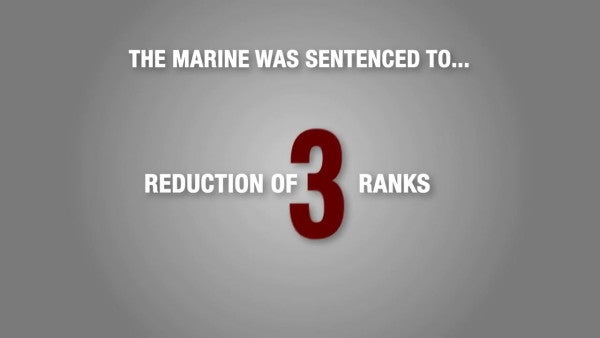 Master Sgt. Mark McBride made the comments on Sunday as part of a discussion about rap artist R. Kelly, who has been accused of statutory rape in a recent documentary.

Starting around noon on Sunday, McBride began posting comments on Facebook that claimed pedophilia is partially the fault of young girls who flirt with men.

“There would be no such thing as statutory rape if there weren't young girls WILLING to have sex with older Men there would only be Rape!” McBride wrote in one post, a screenshot of which was obtained by Task & Purpose.

McBride also wrote that he believes parents should teach young girls not to have sexual relationships with older men.

“Just so I can clear the air I believe every pedophile and predator should stay in jail for life,” McBride wrote. “However all these young girls are NOT innocent victims.”

After McBride's unit was made aware of his comments, the matter was referred to NCIS for a review, said 1st Lt. Samir J. Glenn-Roundtree, a spokesman for 2nd Marine Logistics Group.”

Consistent with all other forms of communication, Marines are responsible for all content they publish on social networking sites, blogs, or other websites,” Glenn-Roundtree told Task & Purpose. “The Marine Corps does not tolerate any form of discrimination, to include sexual discrimination or any other conduct that demeans the dignity of another person.”

McBride could not be reached for comment on Tuesday. In a live video that he posted Sunday on Facebook, McBride said he has two daughters, whom he teaches to “be accountable for their actions,” and he did not intend to blame rape victims.

“You're never going to get rid of the pedophiles – ever,” McBride said. “So you have to teach your children not to be on Instagram and trying to have 1 million followers and entertaining these pedophiles that are out here trying to take advantage of them. That's what I'm saying.

Following the Marines United scandal, in which active-duty Marines and veterans shared nude photos of female service members and other women and harrased them, all Marines were required to complete social media conduct training and acknowledge in a Page 11 entry that they had read and understood the Corps' new social media policy.

UPDATE: This story was updated at 3:43 p.m. on Jan. 18 to include that NCIS decided not to launch a criminal investigation into McBride's comments.