"To balance the privacy concerns between the Marine and the command, Headquarters and Headquarters Squadron declines to comment in detail on the character of Gunnery Sgt. Russo's disciplinary administrative action. However, it was appropriate and within existing precedent following the conclusion of the investigation." 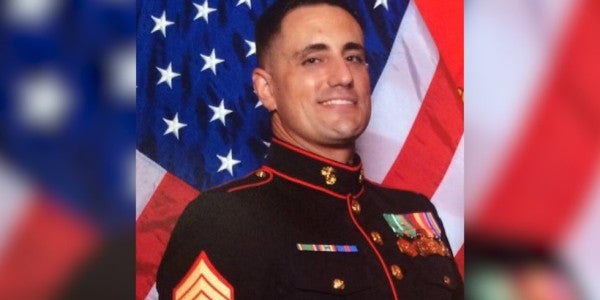 A Marine staff noncommissioned officer has been disciplined after defending rap artist R. Kelly on Facebook by claiming that men are “biologically designed” to be attracted to underage girls.

Russo's command declined to specify what type of administrative action was taken against the NCO, Gregory said. Under the Defense Department's directive on the Privacy Act, the type of punishment that Russo received is not considered releasable information, he said.

“To balance the privacy concerns between the Marine and the command, Headquarters and Headquarters Squadron declines to comment in detail on the character of Gunnery Sgt. Russo's disciplinary administrative action,” Gregory said. “However, it was appropriate and within existing precedent following the conclusion of the investigation.”

The Jan. 10 Facebook discussion centered on allegations of sexual assault against Kelly. A recent documentary about the rap artist claimed that Kelly married singer Aaliyah and got her pregnant when she was just 15.

When one Facebook user blamed Aliyah for getting pregnant, another argued that it is unfair to blame a young girl and absolve an adult man.

“Wow…let's place all the blame on a man who is biologically designed to act that way … and not the woman who wanted to do it,” Russo responded. “And I do believe she was 16.”

“Quite frankly if she pursues it then let her,” Russo continued. “Stop prosecuting adults when this happens. Now if an adult is pursuing then that's a different story.”

When Russo made the comments in January, he had recently been reassigned to Headquarters and Headquarters Squadron at Miramar “for reasons unrelated to the social media comments,” Gregory said at the time. His prior assignment was serving as staff noncommissioned officer in charge of the Marine Detachment at the Center for Naval Aviation Technical Training in San Diego.

While also discussing the R. Kelly documentary, Master Sgt. Mark McBride argued that some girls have sex with men “for some type of monetary gain.”

McBride received “an adverse administrative action and counseling,” said 2nd MLG spokesman Gunnery Sgt. Jason Fudge, who could not elaborate on exactly how McBride was punished.

Former Marine Sgt. Erin Kirk-Cuomo, co-founder of the group “Not In My Marine Corps,” said she is glad that Russo and McBride were investigated, but she believes their exact punishments should be made public so that all Marines are aware of the consequences of social media misconduct.

“It is interesting that the Marine Corps continues to decline to make these administrative actions public over concerns for the Marines personal privacy when said Marine had no problem publicly stating that statutory rape was the victims fault,” Kirk-Cuomo told Task & Purpose. “When Marines make statements publicly on social media that go against the Corps values and disobey direct orders from the Commandant, they forfeit their right to privacy when they are disciplined.”

Not In My Marine Corps was founded after the 2017 Marines United Scandal, when Marine veteran and journalist Thomas Brennan first exposed a Facebook page where veterans would share nude photos of female service members and other veterans, who subsequently became targets of harassment.

Since then, all Marines have been required to sign a Page 11 entry acknowledging that they have read and understood the Corps' social media policy. However, Kirk-Cuomo says that Marines continue to engage in misogynistic behavior online, such as sharing revenge pornography and making sexist memes of female Marines.

“This needs to stop and the best way to do this is to continue to make punishments public,” she said.

SEE ALSO: Here's How The Corps Still Needs To Change A Year After Marines United