The standard-issue Army reflective belt, formally known as "Belt, High Visibility," is one of the most enduring symbols of the Global War on Terror. It is also the most indisputably reviled piece of gear in any U.S. service member's kit 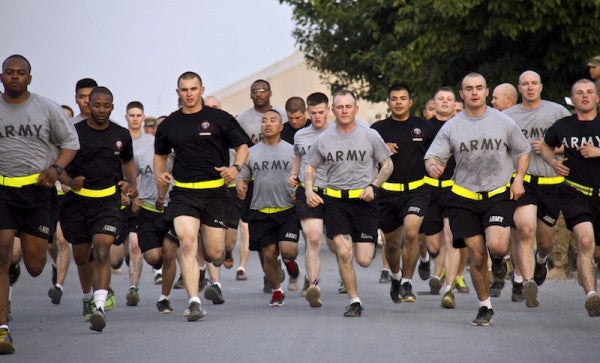 The standard-issue Army reflective belt, formally known as “Belt, High Visibility,” is one of the most enduring symbols of the Global War on Terror. It is also the most indisputably reviled piece of gear in any U.S. service member's kit. Don't let Russian spies or Urban Outfitters convince you otherwise: the reflective belt might be the aesthetic version of a “Kick Me” sign.

Yet despite the previous requirement by the Army Safety Program that all U.S. soldiers are only required to don these heinously brash accessories during nighttime road operations, the use of reflective belts in the daylight somehow persists.

Luckily, Secretary of the Army Mark Esper is here with a shocking, yet brilliant idea: Maybe you don't need a reflective belt in broad daylight.

That's at least the underlying message in one of the several new directives signed by Esper as part of the service's ongoing campaign against bureaucratic time-sucks, per Stars and Stripes:

This month's memo, the first of 2019 in the series, amends the Army safety program policy to state that the service “does not require the wear of the reflective training belt or vest during daylight hours, or while conducting physical training on closed roads or dedicated physical training routes.”

The change seems to highlight the glaringly obvious — that a belt worn to increase a soldier's visibility to drivers of cars and other vehicles on predawn or nighttime runs would not normally be needed in broad daylight or where vehicles generally can't go.

Congratulations to Mark Esper for taking the world's dumbest, pettiest safety requirement out back and unloading two barrels of logic into its rotten little heart. Now get Marine Corps Commandant Gen. Robert Neller to do “no hands in your pockets” next.

SEE ALSO: The Reflective Belt: An Icon Of The Global War On Terror

WATCH NEXT: That Time Marines Added Reflective Belts To Drones