CHS Board Director Advocates For Fellow Veterans In The Agriculture Industry

CHS Inc. board director Don Anthony has a heart for helping veterans find a sense of purpose after the military... 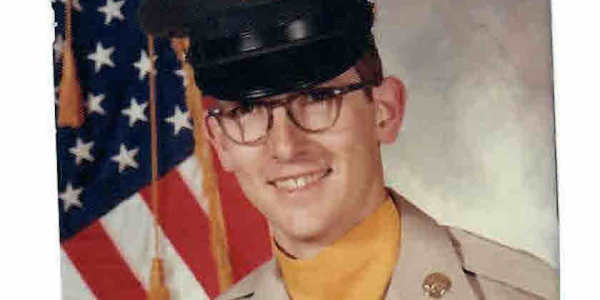 CHS Inc. board director Don Anthony has a heart for helping veterans find a sense of purpose after the military while launching successful agriculture careers in their home communities.

“Twenty-five to 40 percent of the armed forces come from rural America,” he shares. “A lot of them want to come home to family, and we need to have economic opportunity for them here.”

Anthony’s personal story exemplifies CHS’s commitment to home, family, rural America and service. Raised on a farm in Nebraska, he was called to take on a great deal of responsibility at a young age when tragedy struck.

“My father died when I was a teenager,” Anthony reveals. “My mother and I, plus a hired man, kept the farm going.”

While many of his peers were called to duty during the Vietnam War, he found a way to serve while also upholding his commitment to the family business.

“Regular Army enlistment meant two years away from the farm,” he explains. “In the spring of 1970, I found out there was an Army reserve unit just north of the University of Nebraska campus. It worked out very well. By the time they called me to active duty, it was November. It got me through the summer months and the harvest.

“Following active duty, I went back to college and continued to work on the farm and court my future wife, which was important to me,” he remembers with laughter in his voice.

After college, Anthony not only farmed but served on a variety of local and national boards and bureaus advocating for the agricultural community.

In 2006, the opportunity to support CHS came in a heartbreaking manner.

“I had a friend who had paralleled my career,” he says. “He was on the CHS board and unfortunately passed away from a heart attack. The co-op world lost a tremendous leader.”

After a pause to collect his thoughts, Anthony continues, “A group of co-op people came to me and asked if I would run for his position.”

Eventually, Anthony agreed and was subsequently elected. Now he is carrying out the last of his 12 years of service to CHS.

Having spent more than a decade serving the nation’s largest farmer cooperative, it is apparent Anthony strongly believes in the organization he represents.

“The company isn’t made up of bricks and mortar — it’s made up of the people in it,” he says. “Many of our employees are in rural communities. We provide them good jobs, good benefits. We try to do business right by setting an example for integrity and making the world a better place because of that.”

Anthony sees CHS as a cheerleader for service members and their families, attesting to the company’s commitment to seeking out every opportunity to support and recruit employees with prior military service.

“The majority of our employees live and work in the areas that many active duty and veterans call home,” he says.

“We reach out,” he explains. “A few years ago, CHS found out a unit was going to Afghanistan to do rural development work. We spent a week with them to teach them how to create co-ops among the farmers there.”

According to Anthony, CHS believes in the inherent value service members possess.

“Our CEO Jay Debertin says, ‘Veterans are trained to make decisions under pressure with less than complete information.’ I see a work ethic; I see discipline; I see people that can think about contingencies ahead; I see people that lead by example.”

Reflecting on the ways in which his own years of military service benefited him as a professional, Anthony says, “I really learned the value of communication. The people who explained this is what we’re going to do, how we’re going to get it done, were way more effective than the ones who barked orders. It gave me a new perspective.”

“It was the first time in my life that I experienced diversity,” he adds. “I’ve seen all different types of leadership styles among the sergeants and officers, and saw how it worked with different people.”

Now, as Anthony prepares to hand over his work to the next generation of cooperative leaders, he looks to what lies ahead and urges fellow veterans to consider a career at CHS or within the cooperative system.

“If you’re going to succeed in the future, you need to be a purpose-driven organization,” he says. “The workforce of the future wants to be involved in a purpose.”

Anthony continues, “The military is the most focused purpose-driven organization there is. Working for CHS, you can be a part of a group that has a great sense of purpose. There is a sense of reward in what you do.”

“Knowing that I make a difference in feeding the world is just one,” he says. “The agriculture industry has many opportunities; it is so much more than just production.”